Remember J.J. Abrams’ movie Super 8 that came out last summer? I thought it was a great popcorn flick, and really captured the feel of those late 1970s/early 1980s science fiction movies like Close Encounters and E.T. An iconic element from Super 8 was the strange looking Argus Cube artifacts the aliens left all over the place. If you loved the movie as much as I did, you might want to grab one of these newly-released Argus Cube replicas. 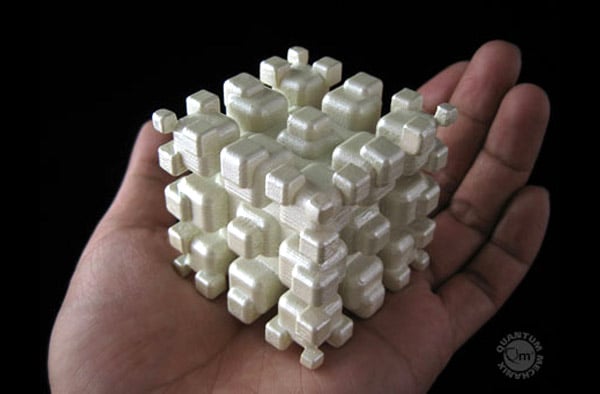 These indestructible building blocks were what the aliens’ spaceship was actually built from. In the movie, they would also vibrate from time-to-time, as a result of some sort of electromagnetic attraction to its brethren.

For the replica version, prop shop Quantum Mechanix used the actual 3D digital models the movie studio used to make them for the film, then cast a 1:1 scale version (appx. 2″×”2″×2″) from polystone and covered it with a smooth pearlescent coating. It’s too bad the replicas aren’t loaded with neodymium magnets too. Perhaps someone will mod theirs to so they can actually stick to each other. 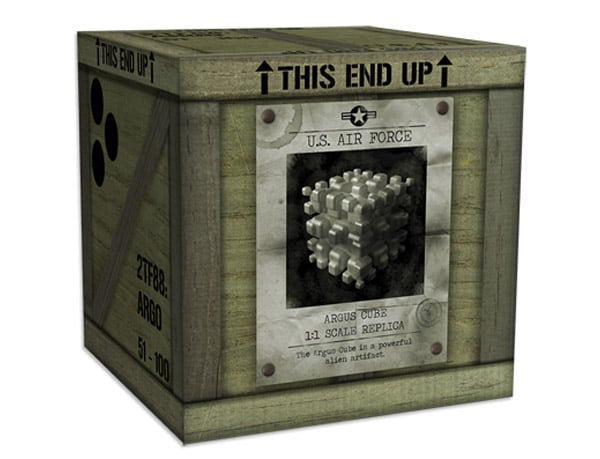 Still, I think a couple of these sitting on your desk or coffee table would be a fun conversation piece – at least until the aliens return to reclaim what is rightfully theirs. Super 8 Argus Cubes are available for pre-order now over at Monsters in Motion for $14.99(USD) each and should ship on April 30th.