The iPhone 4 and 4S are expensive gadgets, and their glass plates look good but are also quite slippery, so it only makes sense for owners to protect them with cases. But most cases add bulk and obscure the beauty of the devices. A concept covering called Slip Stopper looks to provide a nice compromise between protection and showing off the iPhone’s figure. 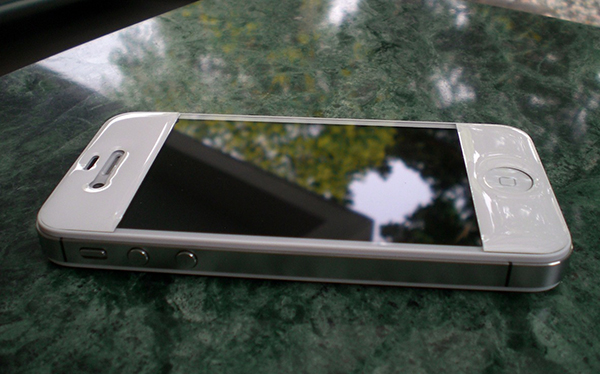 The Slip Stopper is made of three pieces – one for the back and two for the upper and lower parts of the iPhone 4/4S front. The pieces are only 0.15mm ( about 0.006″) thick and match the color of the iPhones, so they really preserve the look of the devices. The Slip Stopper is made of epoxy resin gel that provides good grip and is scratch proof. Even though it’s very thin, it also provides enough clearance and protection for the touchscreen. The Slip Stopper doesn’t cover the edges of the phone though; you’ll have to get a bumper case for that. 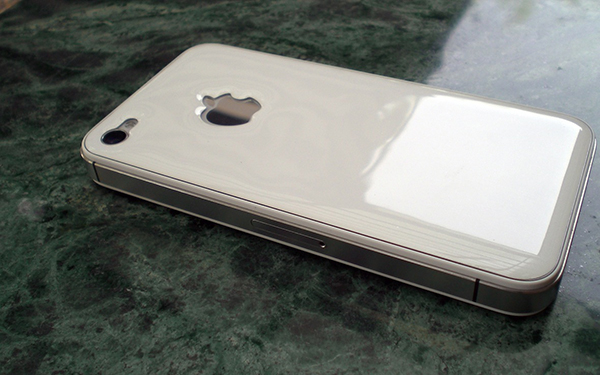 Here’s Mark Zhang, the man behind Slip Stopper with more about his invention:

Zhang is currently raising funds for Slip Stopper on Kickstarter. A pledge of at least $10 (USD) gets you a Slip Stopper. I guess you can consider it a cheap way to change the color of your iPhone as well (though it’s only available in white or black at this point.) I need something like this for my iPad. It’s been stuffed inside its case since day one that I can barely remember what it actually looks like.