Last time we checked in with YouTuber bd594, his robotic band was playing House of the Rising Sun, and before that some Marilyn Manson. But despite their melodic charms, I always thought his band of electronic misfits was missing something… vocals. So for the latest digital track, bd594 added something special – a DECtalk Express voice synthesizer. 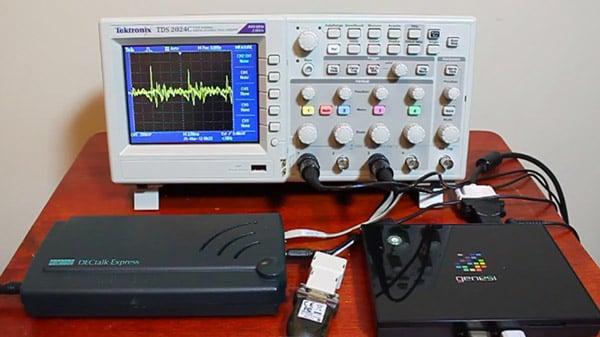 So the Linux-powered EOL band now has a robot snare, bass drum, tambourine, keyboard, and HP scanner AND vocals. Here they are, performing an awesomely geeky rendition of Maroon 5’s Moves Like Jagger:

If you thought that sounded a bit like Stephen Hawking on lead vocals, that’s because he used to use a DECtalk Express back in the 1980s as his voice.

[via Blame it on the Voices]