Built by Professor T. Lemetry, the Goliathon is the result of weaponizing “all the horsepower of a full-size steam locomotive”, resulting in a gun so powerful it can “level a building, down an airship, or turn a man inside out.” Aside from being an excellent modder, the good professor also has a colorful imagination. The truth is that the Goliathon is nothing but a toy. 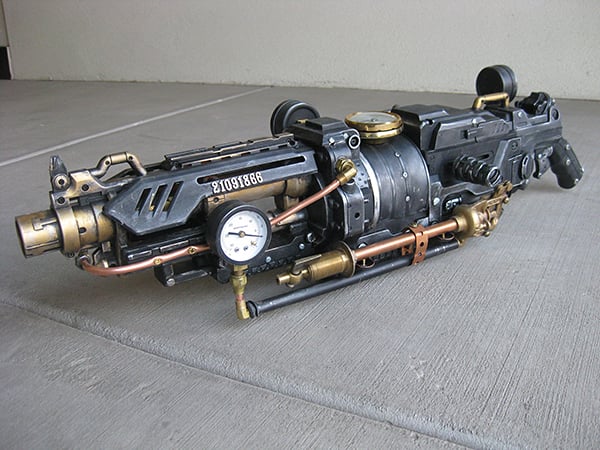 The Goliathon is a heavily modified Nerf Vulcan Blaster. To the professor’s credit it does look like it a weapon from another time, or at the very least something that can be used as a bludgeon. It has various metal embellishments, including copper piping, 4 gauges, a valve wheel and other brass trinkets. 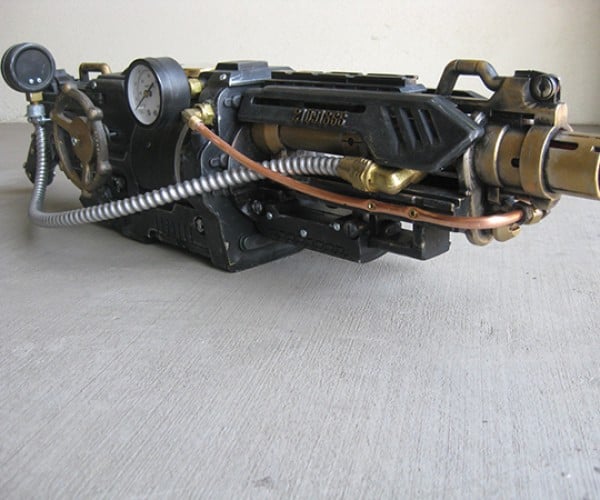 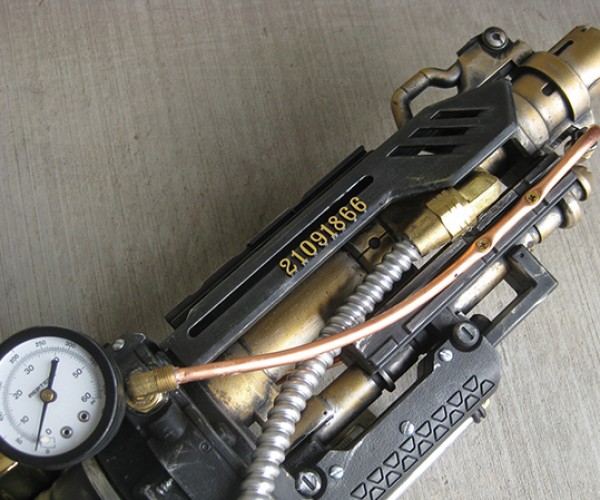 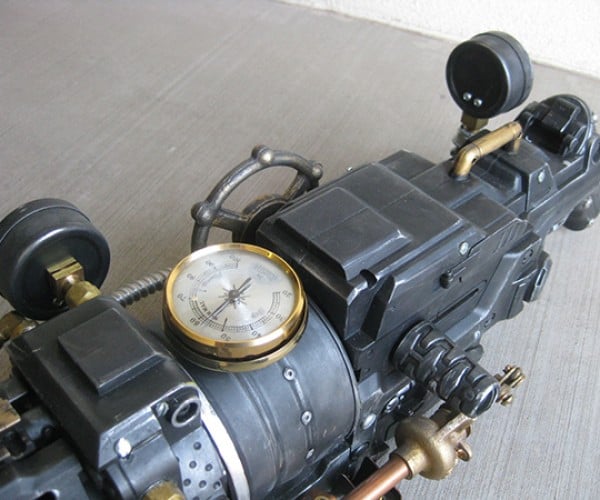 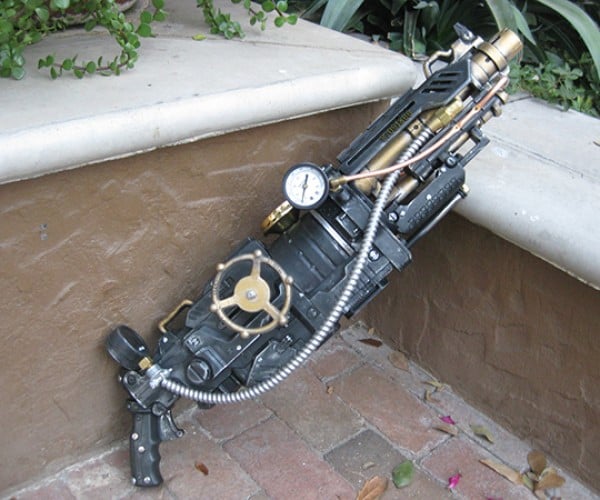 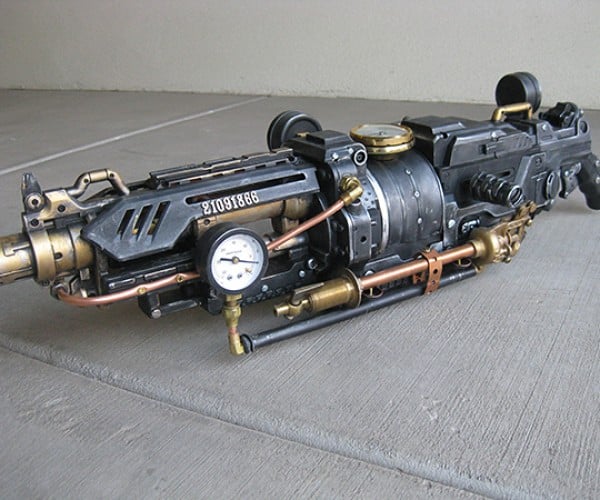 Punkers of steam should head to Prof. T. Lemetry’s Etsy shop Steampunk 101, where the Goliathon is being peddled for $350 (USD).