Binary Burst LED Clock Won’t Blow up in Your Face, But Will Challenge Your Brain

This LED clock was created by Mike Szczys and it’s pretty unusual. It tells time using binary numbers, so if you want to use something like this, better brush up on your binary. 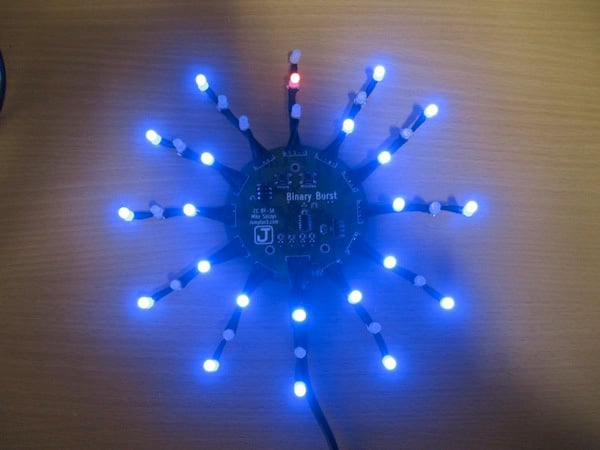 The clock is controlled by an ATtiny44 and has a bare PCB board with LED spires that radiate out from its center, reminiscent of a traditional wall clock. Each spire has three digits, corresponding to 1, 2 and 4. When the inner and outer digits are lit up, it shows a binary five. Then the next spire will start the count. Confusing enough for you yet? The hours are displayed with a red LED, and they correspond to the positions of an analog clock, so at least those are easy to read.

If you want to build your own, you can check out Mike’s post on Jumptuck where he explains how he made the clock. 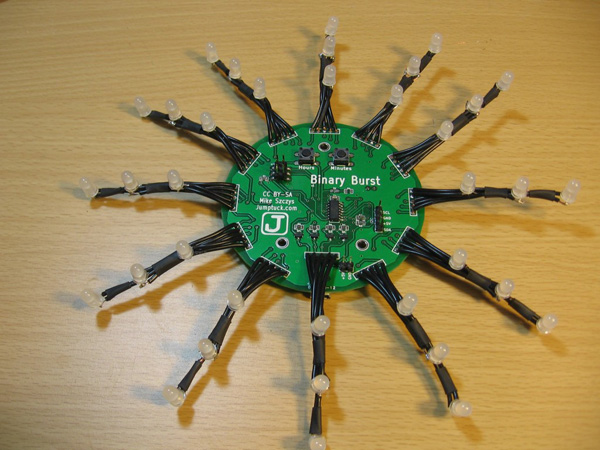