I’m a sucker for offbeat console games with a cool artistic style. From Katamari Damacy to Journey to Braid, these games with unique gameplay mechanics and unusual graphical flourishes are some of my all time favorites. While it’s too soon to tell if The Unfinished Swan will be joining the ranks of these classics, I’m liking what I’m seeing so far. 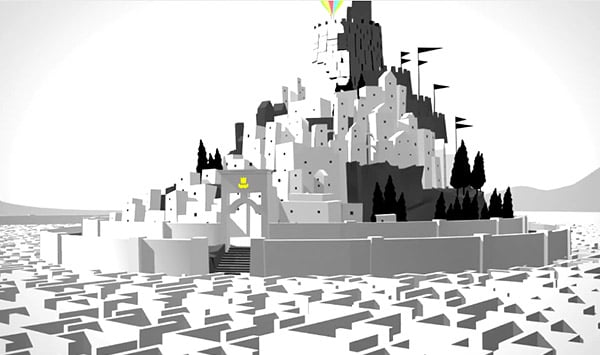 Coming from Sony’s legendary Santa Monica Studios and developed by Giant Sparrow, the game centers on a runaway swan who leads you through a kingdom filled with weird and wild creatures. As you move through the world, you discover your surroundings by splashing paint onto white surfaces – definitely an offbeat gameplay mechanism in my book. The game is expected to be loaded with puzzles and challenges as you make your way to the King who built the unusual world. Here’s a look at an early teaser for the game to whet your appetite.

Sony hasn’t announced a release date for The Unfinished Swan as of yet, but it definitely looks like the sort of thing that’ll show up on PlayStation Network versus being a high-priced disc title. You’ll definitely want to keep an eye out for this title as it gets closer to a release.