Google Image Dictionary is Even Less Reliable Than Wikipedia

Dictionaries are awesome. You want to know the meaning of life? Look it up in the dictionary! It literally has the answer. I use it everyday when I write, because truth be told I don’t know what all these symbols mean. I have to look up each word I type. This particular dictionary might not be as useful though. 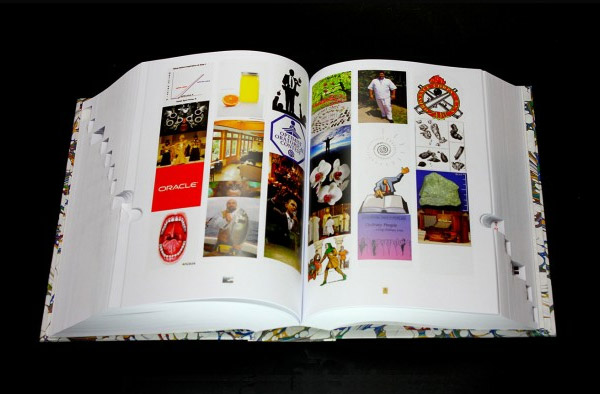 Made by Ben West and Felix Heyes, Google is a 1,240-page book that replaces conventional definitions with the first Google image result for the corresponding word. Ben’s brother Sam came up with two PHP scripts to help gather data for the book. The first script took a list of 21,000 words and then collected the images for each word in the list. The second script arranged those images in columns and turned them into PDF files. So… I don’t know what Ben and Felix contributed to this idea. Just kidding guys.