This Sonic Screwdriver is a Remote Control on the Inside

A remote control? Whaaaat. It doesn’t make as much sense as the Sonic Screwdriver screwdriver right? Then again, it’s not as if the tool itself makes sense. A screwdriver that opens locks and takes vital stats? Whaaaat. 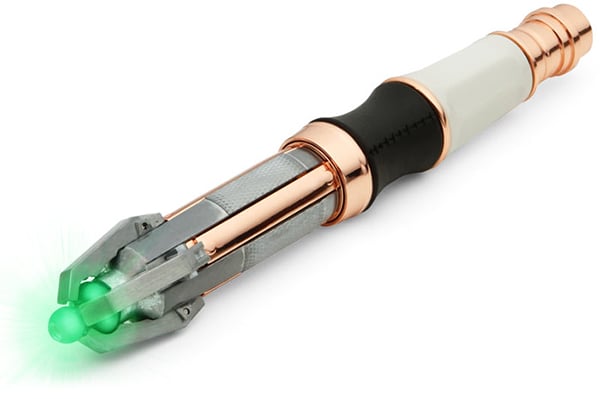 Except for its case, this gadget is very similar to the Magic Wand remote control. It can learn up to 39 gestures – and thus 39 commands – to control any device that has an infrared remote, from TVs to home theater systems. It also emits 13 sound effects from the Doctor Who series.

ThinkGeek sells the Sonic Screwdriver programmabey-remotey for $100 (USD), but you should travel to the site at a future date in September because the gadget is currently sold out.