Some people find human babies to be a bit creepy at times. They certainly can be a bit weird, but we all were one at some point. Aside from looking like Winston Churchill, all babies are pretty much aliens. They have no idea about anything and have to learn how to conduct themselves like civilized humans. This robot baby called Affetto however, is creepier than any real baby. 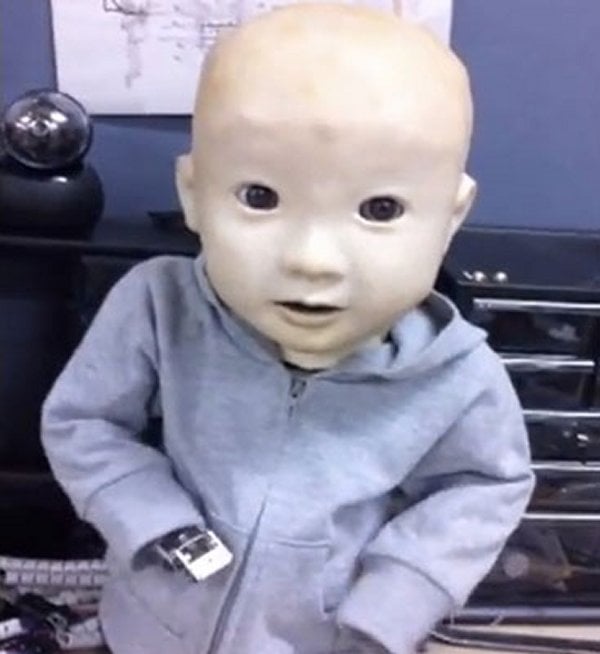 It has taken a year, but Osaka University’s Affetto baby now has a torso and a pair of arms to go along with it. It is amazing how very baby-like its movements are. All fluid and awkward. Just like the real deal, it even accidentally hits itself in the face during the video.

They were able to get this kind of movement thanks to about 20 pneumatic actuators. The face doesn’t seem to do anything yet, but once they sync it up with the body, this is going to be totally nightmare inducing. You don’t want to babysit this little demon.