After the TMNT and Pokemon bras, now comes the Xbox 360 controller bra. It’s the prefect way to make your boyfriend stop fiddling with his Xbox 360 and start playing with your buttons instead. 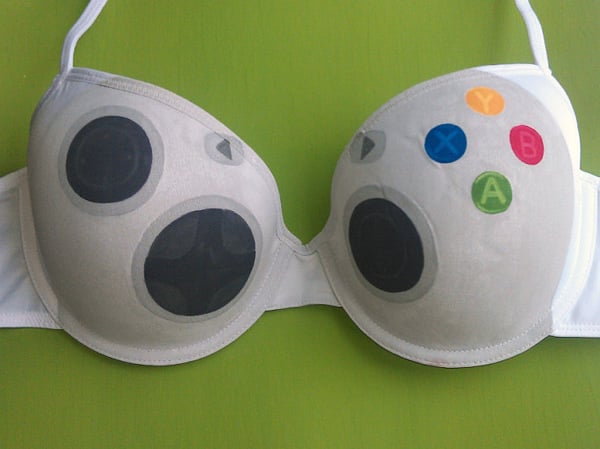 Each Xbox 360 controller bra is handpainted with permanent paints. It’s definitely an interesting bra, especially since the full details can only be seen once you get comfortable in your underwear. It could also be worn to a sexy geek costume party. You’ll definitely be ogled by geeks a plenty in this bra! 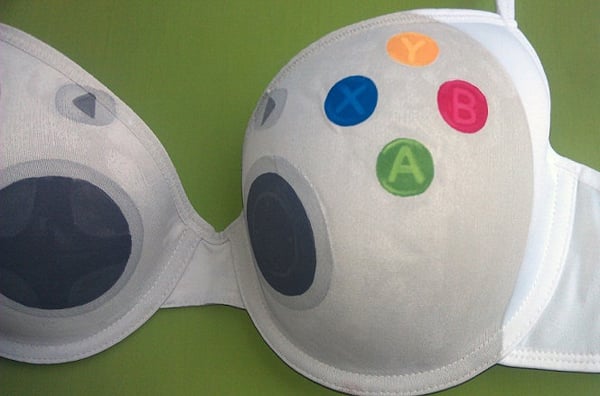 Unfortunately, for now, this bra is sold out and the seller requires 5 weeks to deliver a final garment. I’m sure geekettes everywhere will be lining up to get theirs. It sells for $35 to $45 from SceeneShoes. 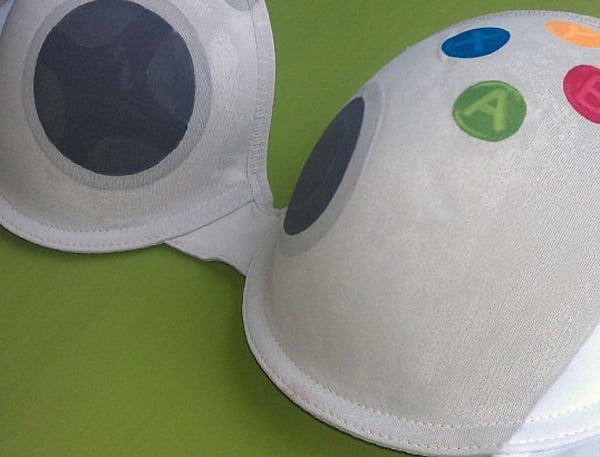