Prop maker and hobbyist Mike Senna has been working on a remote-controlled, life-size replica of Disney-Pixar‘s WALL-E since 2010. It is now complete and we have a real, functional WALL-E on our planet. 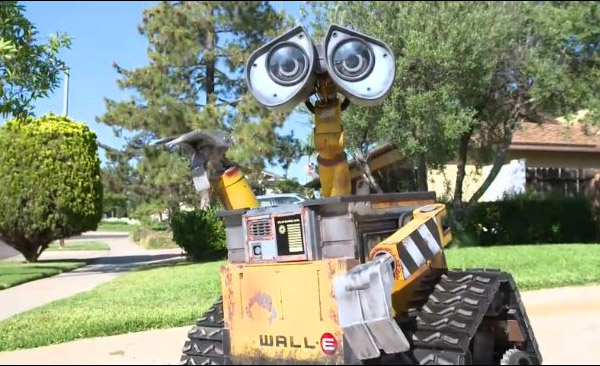 Senna is no stranger to building robots. He previously built a perfect R2-D2 replica in 2003, which he took to events organized by City of Hope. He saw the effect it had on the children and so being the good guy that he is, he wanted to build a robot that had “more emotion.”

This project took about 3,200 to 3,800 hours to build from scratch. He averaged 25 hours a week on the project while working as a computer programmer at the same time. You can find more pictures and background on Senna’s WALL-E build over on his blog. Honestly, isn’t this is the best Wall-E replica you’ve ever seen?