I’m not a morning person. Never was one and probably never will be, but I began to doubt that (just a little) when I saw the Shoot to Snooze alarm clock. 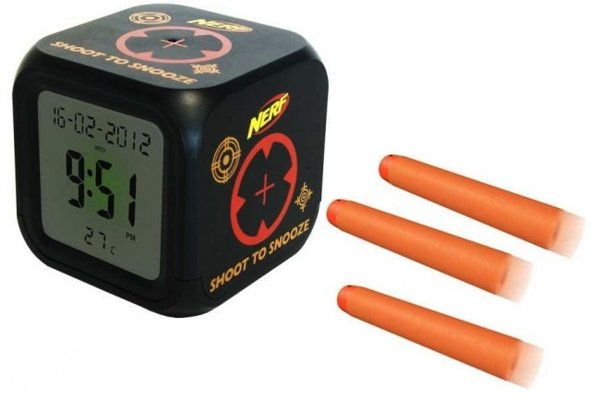 The idea isn’t completely novel, but the execution seems pretty good, thanks to the addition of Nerf. Basically, what you’ll get out of the box is this black, cube-shaped alarm clock that’s got targets positioned on each of its faces. Set your alarm time, then stow your Nerf gun below your pillow so you can just grab it and shoot straight away the next morning.

Hit the bullseye to shut the alarm off and score a couple more minutes of Zzz’s. If you’re a terrible shooter, then fret not because you’ll still win in the end. After all, an alarm clock is meant to wake you up and get you out of bed, right? 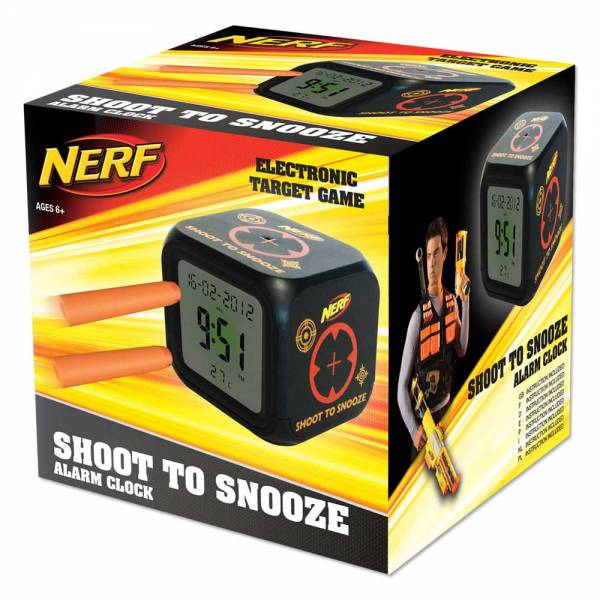