So last week, we saw how awesome dads could be. First, there was the dad who built his daughter her very own backyard roller coaster. Then there was the dad who turned his kid’s toy car into a real one. But moms can be awesome, too, and today we’ve got an example of one. Now what she did might not be something of epic proportions or mechanical in nature, but it’s a labor of love, just like what those dads did.

Redditor zacch wanted a pair of Batman Converse, but didn’t have the cash. So instead of buying one for him, his mom took one of his old pairs and painted all sorts of cool Batman stuff on them. 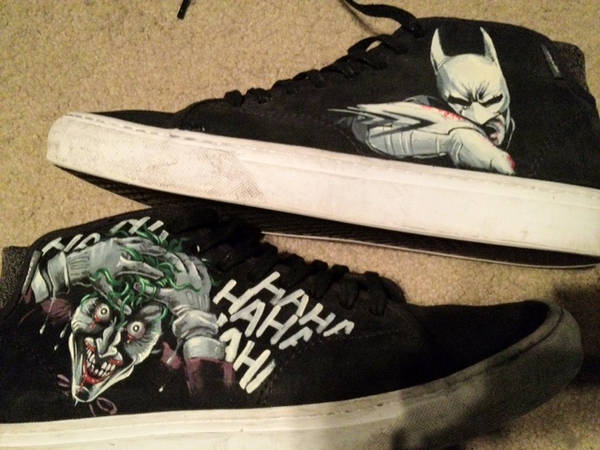 Not only do they look awesome, but they’re also one-of-a-kind, considering that his mom customized them and all.

The post on Reddit has amassed a lot of praise, comments, and request, which prompted zacch’s mom to accept requests for customized shoes. If you’re interested in getting a pair of customized kicks, check out his mom’s blog and use the email on that site to send in your requests or inquiries.