The Pianocade is the embodiment of chiptune music. It’s a synthesizer that looks and works like an arcade controller, down to the analog joystick and token buttons. 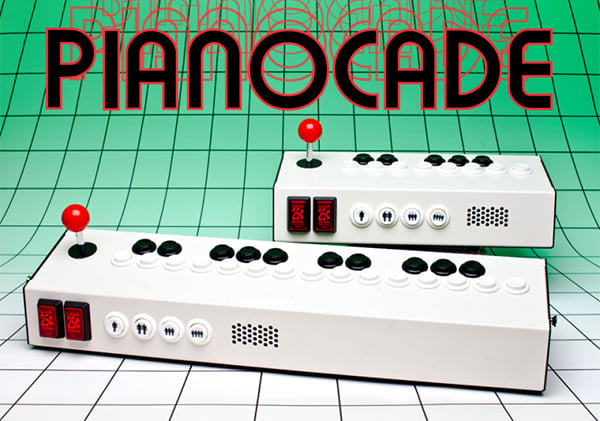 But the Pianocade’s gamer theme isn’t just skin deep. It’s open source, hacker-friendly synthesizer board is based on the NES and Game Boy sound hardware, so it makes the monophonic pings and blips out of the box. Here’s a demo of the Pianocade’s features:

And here’s the Pianocade being used by Shaun Hatton aka Megashaun to play live:

Portmanteau Devices is selling one- and two-octave variants of the Pianocade; the former costs about $250 (USD) and the latter is about $350. You can also pre-order just the electronics for about $100.

Portmanteau Devices said that they will try to make the Pianocade also work as a USB game controller out of the box, but that’s not their priority right now. They did say that they might release a firmware update later on if they can’t do it by the time the device is released. Perhaps one of you clever hackers will even do the job for them.