In Soviet Russia, you carry the Helicarrier. But that’s all right, because just like the S.H.I.E.L.D.’s flying fortress, this small remote-controlled replica made by a Russian RC enthusiast can also float and take to the sky. 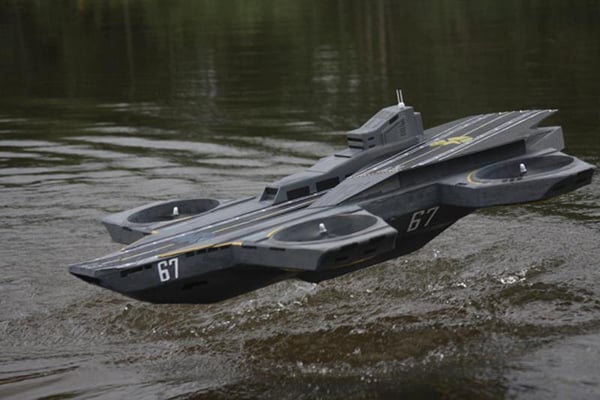 The replica was made by RC Design forum member native18, the same guy who made the DeLorean quadrotor. Strangely enough, native18 also pointed out a very similar toy that was shown off at an RC airplane show way last February, except this one is literally an (RC) aircraft carrier:

Brush up on your Russian (or use Google Translate) and head to native18’s thread on RC Design for more details and images. Combine this with this and you have a winner.