When I think of superheroes, I usually envision large, hulking men or women in tights, capable of taking down the most evil of supervillains. They usually don’t conjure up images of tiny, cuddly knits which are small enough for the cat to swallow. 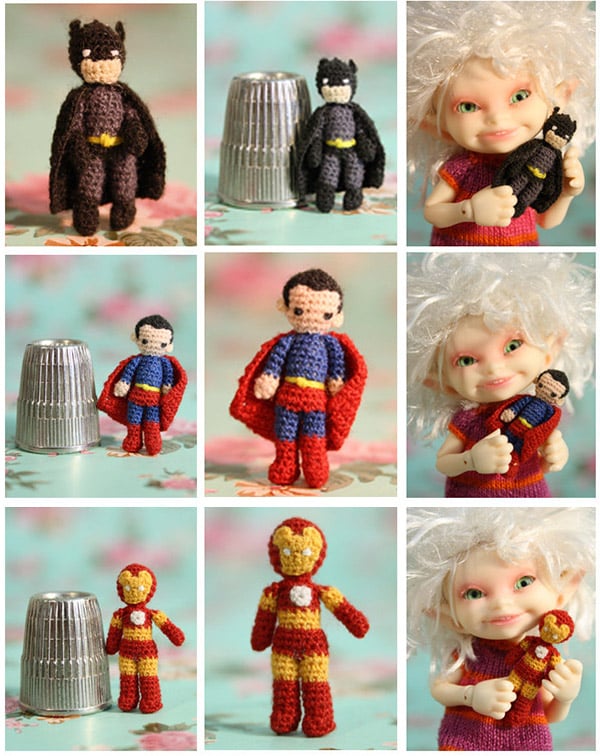 They’re currently available for $25(USD) each in Batman, Superman and Iron Man versions, and if you’re more into zombies than superheroes, there’s a couple of those for sale too.