Amazon today took wraps off a whole new family of Kindle tablets and e-readers, taking aim at top, middle and bottom of the portable media device market. The biggest announcement of the day was the new series of Kindle Fire HD tablets, ranging in size from 7″ to 8.9″ and aiming squarely at Apple’s iPad juggernaut. 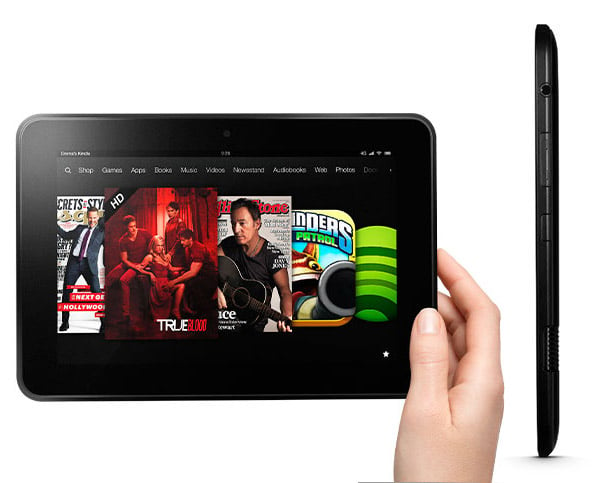 Priced at $499 USD (32GB) to $599 (64GB), the top-of-the-line Kindle Fire HD offers an 8.9″ 1920×1200 touchscreen display (for full 1080p video playback), 4G LTE connectivity, Dolby audio, dual stereo speakers (so you get stereo in either landscape or portrait modes), and a front-facing HD camera for video chats. Also revealed was an improved dual-band, dual-antenna Wi-Fi system which claims to be 40% faster than the latest iPad at streaming content on a compatible Wi-Fi network. The tablet is powered by a speedy 1.5GHz dual-core TI OMAP4470 CPU with a PowerVR 3D graphics core. 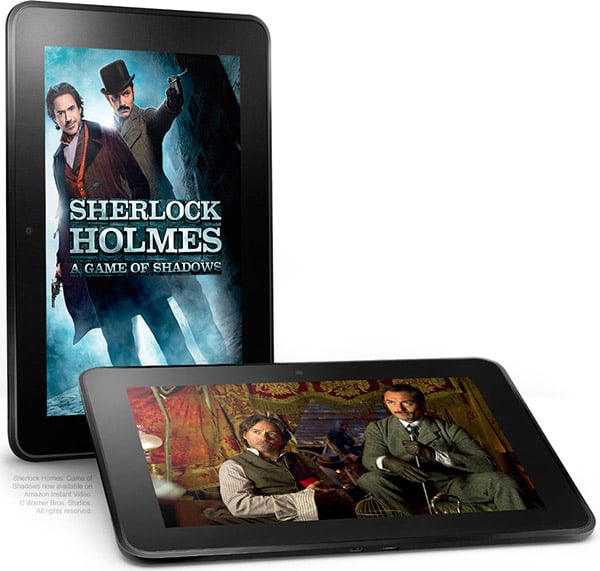 In addition to the 4G LTE model, a Wi-Fi only Kindle Fire HD 8.9″ is available for just $299 (16GB) or $369 (32GB), dramatically undercutting Apple’s pricing scheme for similar models. Those who pick up the 4G model will be happy to hear that AT&T and Amazon have teamed up to offer a full year of 4G service for just $49. However, this does include only 250 MB a month of data, so you could burn through that quickly – especially with streaming HD video content. 3GB and 5GB data plans are also available, but pricing wasn’t announced. 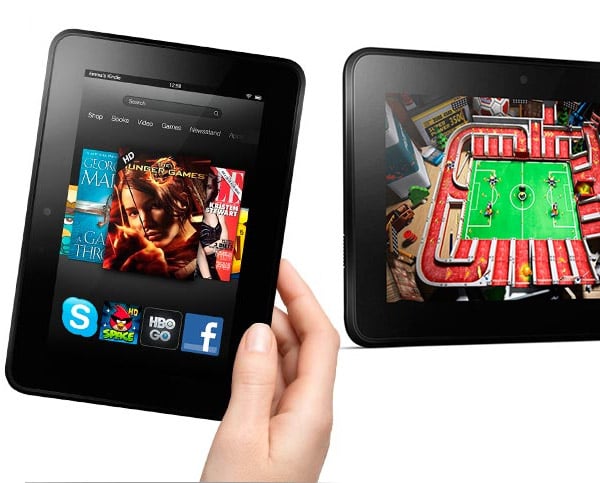 All models offer an IPS display with polarizing filter and anti-glare technology to make the screen as useful as possible in a variety of viewing environments. include unlimited cloud storage for content from Amazon, as well as integrated Facebook, Twitter, Gmail, Hotmail, Yahoo! and Exchange support. Of course, you’ll also be able to load Android apps, as well as have access to the Kindle Owners’ free Lending Library with these tablets.

The Kindle Fire HD 8.9″ models are expected to ship on November 20th, while the Fire HD 7″ model will be available next week – on September 14th. And if you’re perfectly content with the plain old Kindle Fire display and Wi-Fi, you can grab one today for just $159, with the bonus of a 40% speed bump, twice the memory and improved battery life from the original.

If you’re in the market for an e-Reader, today is your lucky day – with the reveal of the Kindle Paperwhite, you can finally get the benefits of an electrostatic ink display, but also be able to read it at night. The Paperwhite offers not only a super-sharp paper-like display, but has a built-in light so you can read it in bed without an external light source. 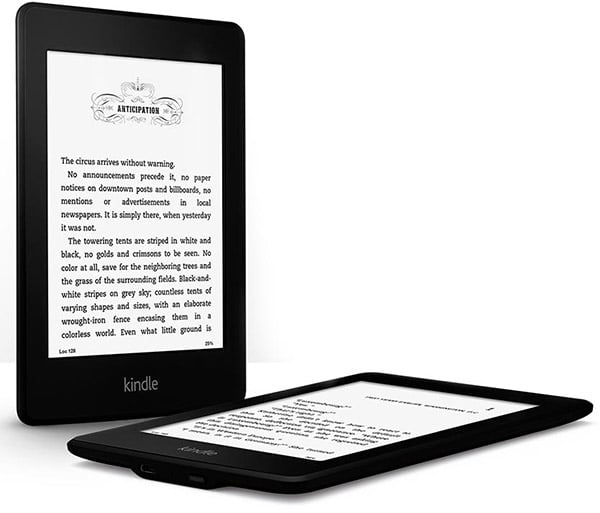 Amazon claims an astounding 8 week battery life for the Paperwhite, even with the light on! Amazon also says the paperwhite display has 62% more pixels and a 25% higher contrast from standard E-Ink displays, as well as a bunch of specially optimized fonts for making reading as good as any paper book you ever looked at. 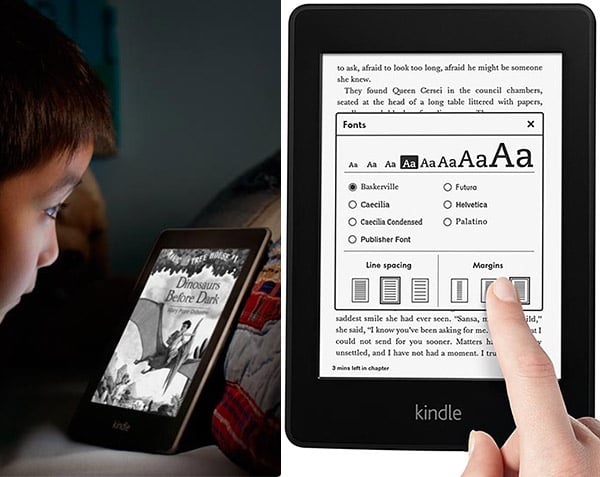 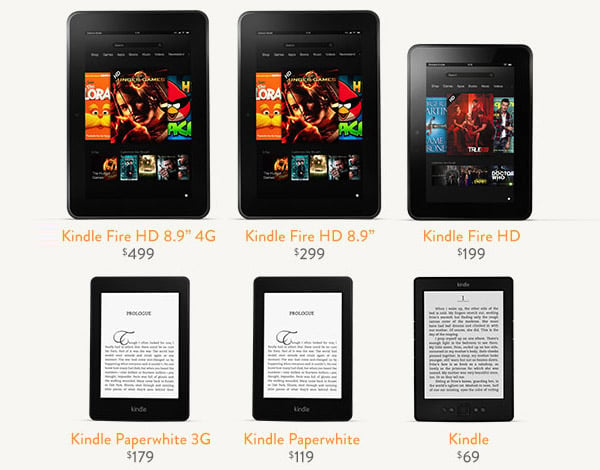 Amazon is accepting pre-orders now for all new Kindle models.