ICEdot Sensor for Helmets Sends for Help When You Crash

This tiny sensor sticker can save your life – provided you’re also wearing a helmet at the time of the accident. Bikes and motorcycles make it easier to commute and squeeze through traffic during rush hour. However, the chances of you getting hurt when you figure in an accident are pretty high since there’s nothing standing in the way of you and whatever it is that’s about to hit you. 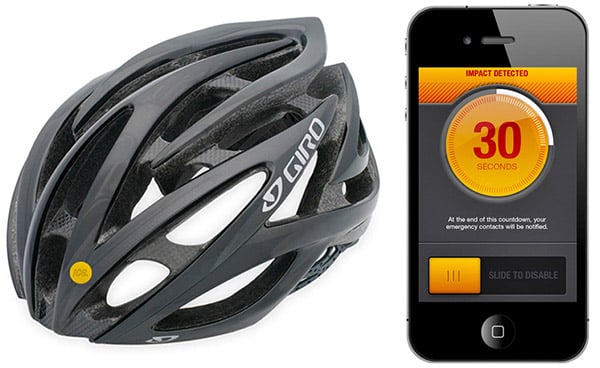 You might already be using some sort of In Case of Emergency (ICE) system now, but one that you really should look into if you bike is the ICEdot. It’s basically comprised of the tiny yellow sensor (that’s the dot on the helmet above) and an app that’s installed on your phone.

The sensor is programmed to trigger your phone to call for your ICE contact once it detects that you’ve been in an accident. It also gauges how severely you’ve been hit. To prevent false alarms, the app generates an emergency countdown which you can manually abort if you just dropped your helmet or took a small fall or something.

The ICEdot will be available next year for around $200(USD). That’s not a bad price, considering that it might just save your life if you crash out on the trail somewhere.