For some reason, in Japan it’s become a popular pastime to stick odd little doo-dads into the empty headphone jack on smartphones and media players. While the utility of these things is somewhat questionable, there’s no argument that they’re fun little embellishments for your gadgets. But up until now, most of them have been too cutesy for my taste. That has now changed. 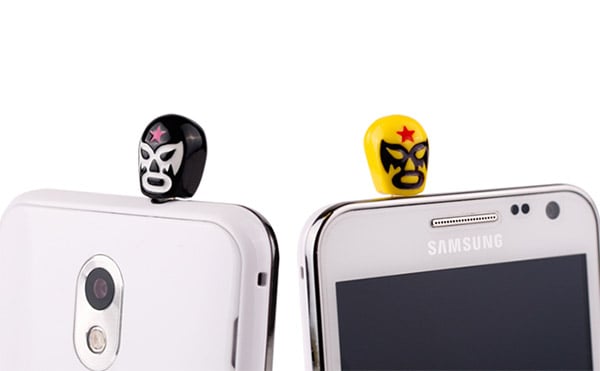 You see, these headphone jack plugs are designed to look like tiny Luchadors. Just snap them into your empty headphone jack, and a tiny wrestler will protect your phone from all who dare to take him on. While the’ll look pretty cool on most phones, the wrestler will look like he’s doing a headstand in my iPhone 5’s oddly-placed new headphone jack. 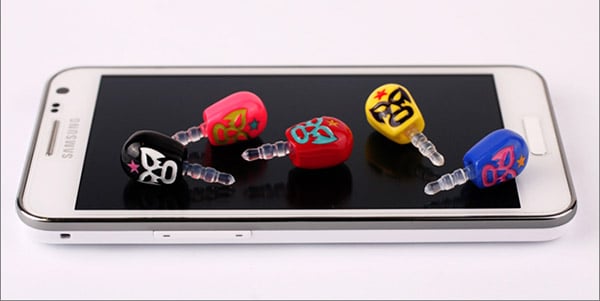 You can choose from five colored masks, including red, pink, yellow, blue and black. The Luchador headphone jack plugs sell for ¥630 (~$8 USD) over at Strapya World. 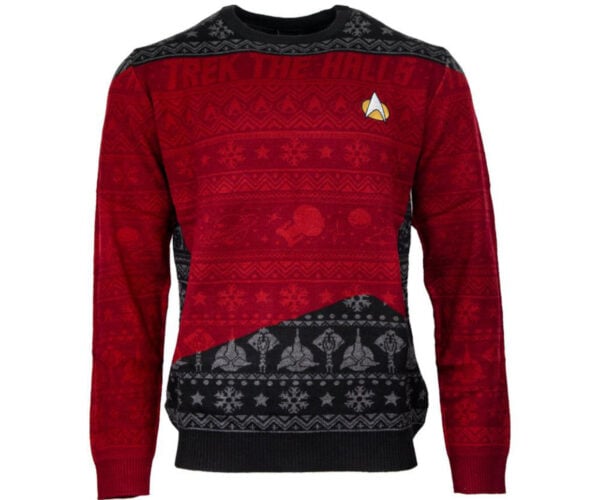