As we already know, daredevil Felix Baumgartner plans to hop in a pressurized capsule and using a gigantic helium balloon, ascend to 23 miles above the surface of the Earth. On October 8th, Baumgartner hopes to set a world record for the highest altitude skydive ever performed. He even plans to break the sound barrier without using an aircraft on his way down. 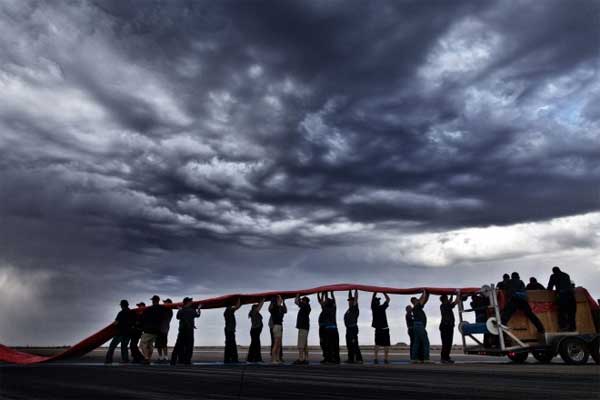 Some details have surfaced about the gigantic helium-filled balloon that will be used to take Baumgartner and his pressurized capsule to over 120,000 feet above the surface of the Earth. The balloon has a volume of 30 million cubic feet and will be filled with helium. The process of putting in all that helium will take up to an hour. The balloon in the photograph above is a much smaller 128 foot-tall balloon used to carry Baumgartner to altitude of 13 miles above the Earth back in March. 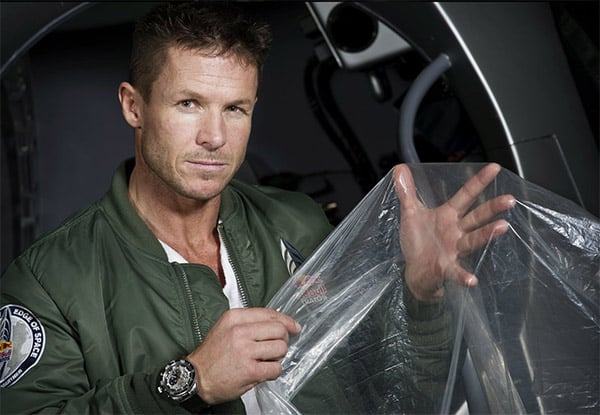 The balloon to be used for his record-setting jump next week will be a staggering 334 feet-tall. The balloon is incredibly thin at only 0.0008-inch thick. That is 10 times thinner than the baggy you put your sandwich in. Even at that thickness, it still weighs 3708 pounds, and can hold up to 834,497 cubic meters of helium. To put that in perspective, that’s about 280 times more helium than your average hot air balloon’s capacity for hot air. 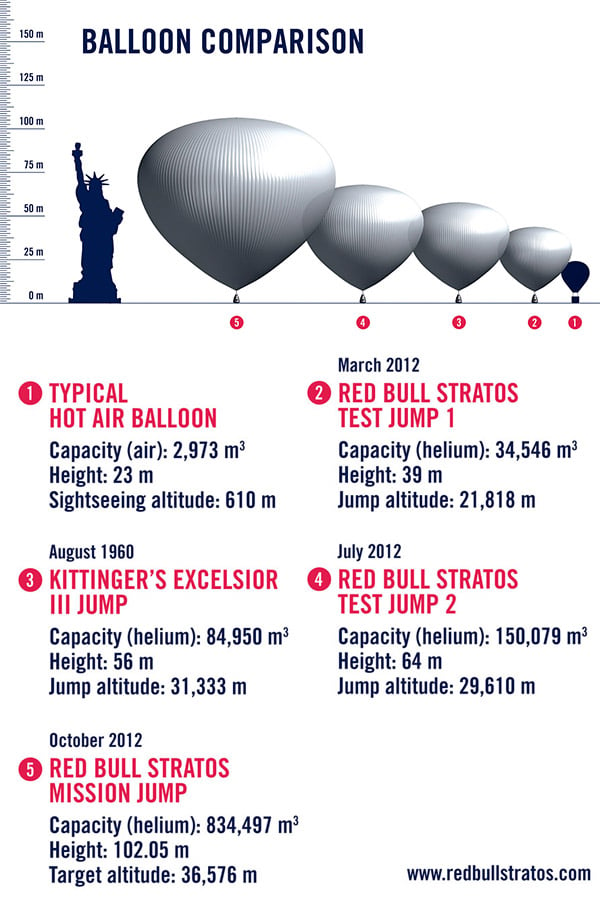 You can keep an eye on Felix’s mission over at the Red Bull Stratos website.