Avengers Tea Party Cake: Is There an Avengers Babies Series in Our Future?

The Avengers have assembled once more. This time as an awesome and complicated tea cake courtesy of Nerdache Cakes in New Jersey. This edible Marvel masterpiece is adorable and extremely elaborate. It was made for the owner’s niece! Lucky girl! 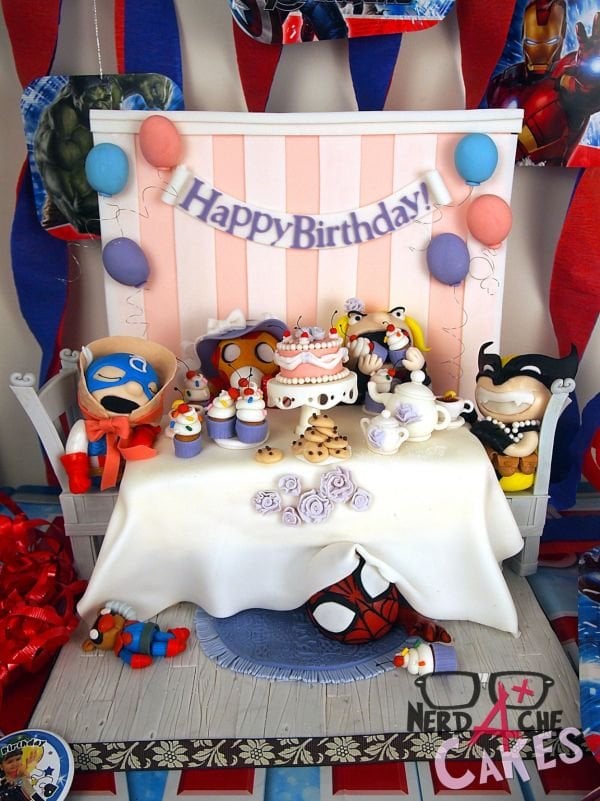 The idea came about because the 3-year-old niece Jayla, brings her Avengers toys to her various tea parties. The 19-year-old aunt got the idea and made her this awesome and amazing cake. If it looks familiar that’s because it was inspired by the “Avengers Babies” art of Gurihiru! 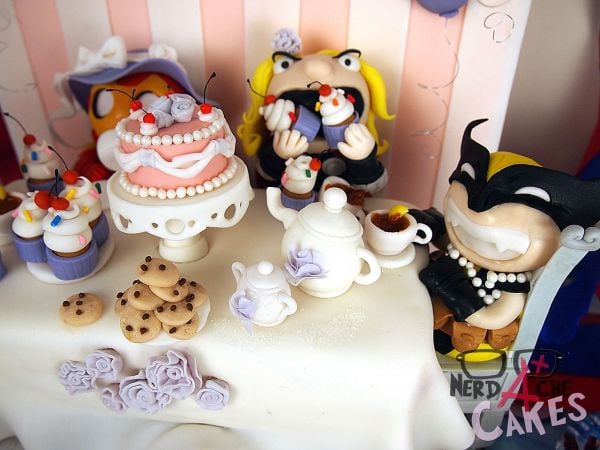 You can’t help but be impressed by the amount of detail in this cake. I really can’t believe they ate it. I would just leave it so I could stare at it forever. Then it would just get dirty and moldy of course, so yeah, might as well eat it up.

[via The Mary Sue via Geeks Are Sexy]