A few years back, sound bars were a fairly uncommon way to listen to home theater audio. But recently, they’ve become as plentiful as any other low-cost home audio option. The problem with most soundbars is that they don’t offer much in the way of low-end, and they also have to sit in front of your fancy thin flat-panel TV. Bose has a new option which aims to solve both of these problems. 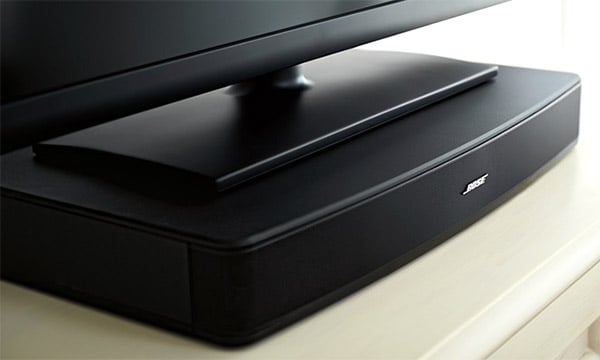 The Bose Solo TV is an all-in-one home theater audio system that fits in a single box. By going with a deeper, sturdier cabinet than soundbars, the Solo TV has better bass and can be used as a stand for medium-sized TVs (up to 37-42″ max.) Or to be more precise, it’ll hold any TV with a stand no larger than 20″(W) x 10.25″(D), and no heavier than 40 pounds. It’ll also sit nicely on a console table underneath your larger, wall-mounted flat-screen. 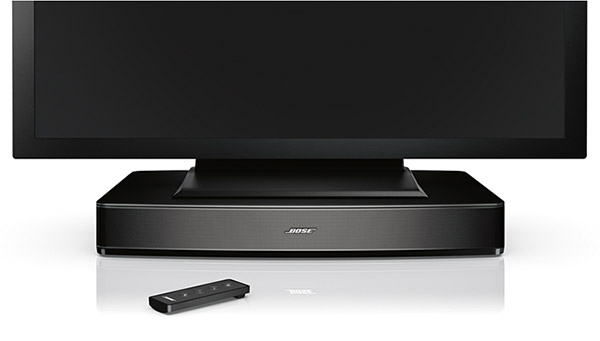 Under the hood, the Bose Solo has multiple full-range drivers and a dual-ported bass enclosure. Early reviews say that it does great with filling a reasonbly-sized room and offers crystal-clear dialogue. While bass isn’t as good as a dedicated subwoofer, it also takes up much less space. In terms of inputs, don’t expect the Solo to take over the job of an A/V receiver. It’s an audio-only device, and offers only digital optical, coax and analog RCA connections. Bose wants you to use your TV as the switching device, and leverage the audio output found on most modern HDTVs.

Keep in mind that this isn’t a surround-sound system – it’s just designed to give you much better sound than what’s built into your TV. If you’re in the market for a clean sounding living room home theater system, and don’t want to spend an arm or leg or have wires running all over the place, you can find the Bose Solo TV now for $399 (USD) over on Amazon.