Nothing tastes yuckier than beer that’s gone stale. Of course, you could just pour that old lager down the drain – or you could prevent your brew from going stale by getting the Bräuler Modular Growler System. 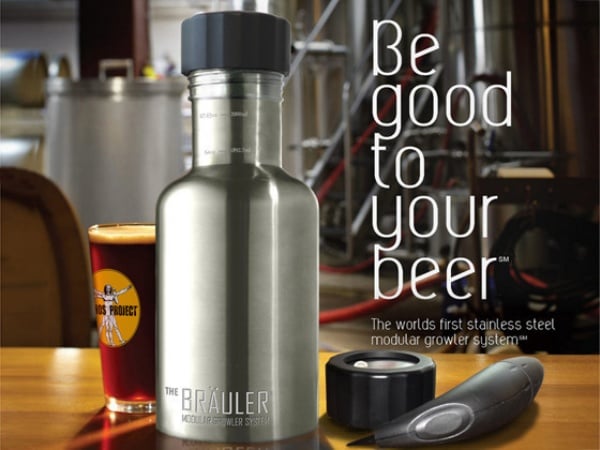 It’s basically the world’s first stainless steel modular growler system that lets you inject carbon dioxide into your brew before you drink it so it’s still as bubbly and good as ever, even though you’ve been carrying it around and shaking out all the CO2 from it the whole night (or day.)

The team behind the project recently launched a campaign on Kickstarter to raise funds for FreshCap, which is what you’re supposed to use to inject the carbon dioxide.

Interested? You get a Gen-3 basic set containing the Bräuler bottle and the FreshCap system for a minimum pledge of $100(USD). If you want the FreshCap only, you can get it by pitching in $50.