You’ve heard me talk frequently about how excited I am about 3D printing technology, but this tech is still limited in that you need to know about 3D modeling to recreate objects. But with the advent of 3D scanners, you can even skip that step, and just scan in the objects you’d like to replicate. 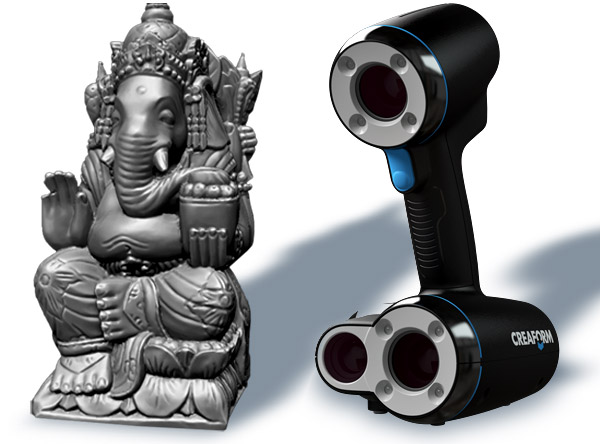 The GO!SCAN 3D is a handheld 3D object scanner, which allows you to quickly and easily grab 3D images of real-world objects, and convert them into digital 3D models. These models can then be used for everything from CGI effects to video games, to serving as models for 3D printing. It uses a bright white LED as its light source, and offers a resolution of .500 mm, with an accuracy of 0.1mm. It’s scanning area can be as large as 15″ x 15″, and it can capture as many as 550,000 measurements every second – which its maker claims is about 10 times faster than standard 3D scanners. 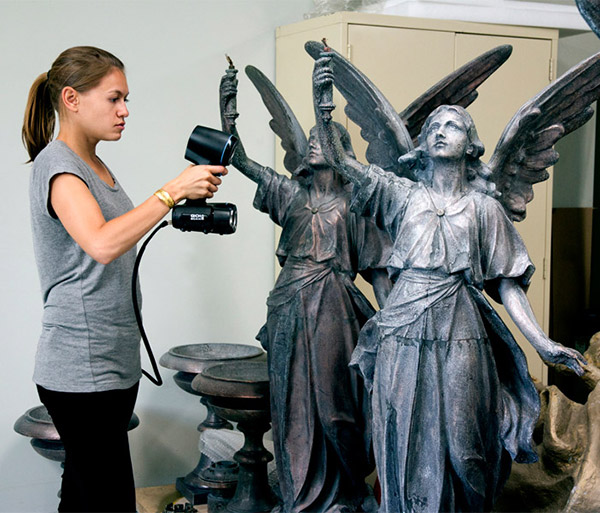 This lightweight (2.4 pound) scanner caputures objects with a simple point-and-shoot method – all you have to do is aim the scanner at the object, and move it back and forth until it has all of the surfaces. You can even capture objects by moving them around, since the scanner doesn’t require a rigid setup like other 3D scanners. Perhaps the best way to see how cool the GO!SCAN really can be is to see it in action:

Wow. Pretty impressive, no? I so want one of these now. Creaform, the company behind GO!SCAN 3D doesn’t list pricing on its website, but I’m betting that the device isn’t cheap. If you’re interested in purchasing one, you can request more information here.