Boeing Missile Only Kills Electronics: Our Ace Against Skynet

Wars and battles are being fought using increasingly cutting edge technology. In the future, the world may be so dependent on electronics – our soldiers might even be robots – that should a group’s systems and devices fail it might as well wave a white flag. Which is why Boeing, the US Air Force Research Laboratory and Raytheon Ktech are working on a missile that’s out to kill electronics, not organics. 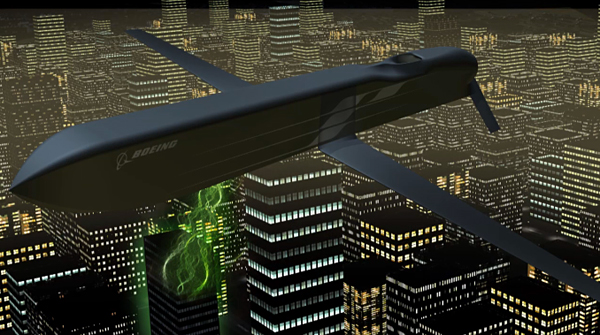 The missile is called Counter-electronics High-powered Advanced Missile Project or CHAMP. I think we can all agree that the acronym is not forced and that it is not confusing at all that the missile is also a missile project. But on to the good stuff. The missile is unlike conventional missiles not just because of its intended target but also in the fact that it just needs to fly over its targets as opposed to crashing into them. The CHAMP emits high-powered microwave pulses to do its job.

I love how one computer was so knocked out it spat out the disc in its optical drive. For their next test Boeing should make CHAMP fly over thousands of s’mores or popcorns and see if it can cook them.

[via Boeing via SlashGear]