Most of us weren’t born yet back in the 1950s, but it was definitely a time long before modern remote-controlled electronic playthings. But that doesn’t mean there weren’t some cool toys back in the day – like this awesome old-school metal tank I spotted over on Etsy. 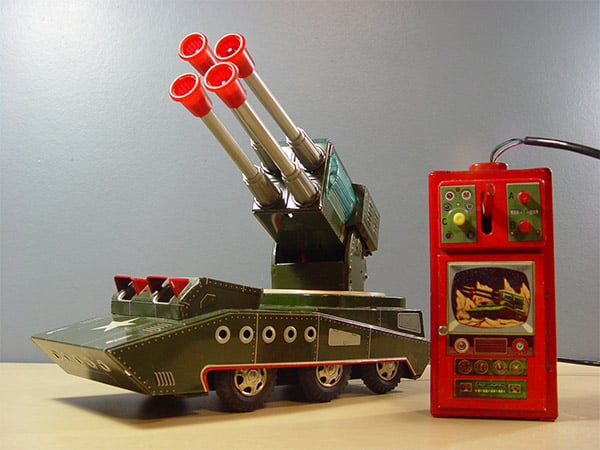 It’s called the Rosko Pom Pom, and this cold war-era toy tank operates using a wired remote control, which allows it to move forward and backwards and rotate the turret. 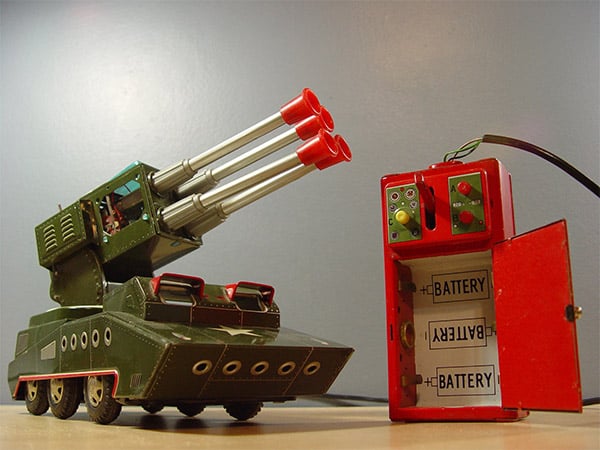 The turret even raises and lowers and makes some awesome firing sounds when activated – though the projectiles don’t actually go anywhere. See it in action in the video clip below:

Heck, that’s cooler than some of the R/C toys you can buy today. This rare collectible toy is available over on Etsy for $249.99(USD), and it’s in good condition (though it’s missing a couple of cosmetic components, and the drive mechanism can be a bit finicky). If you buy it now, you’ll also get a set of retro D-cell batteries, though there’s not a chance in hell that they still have a charge.