Nintendo has bee working from early on to position the new Nintendo Wii U game console as more than just for gamers. To emphasize this point, the console has launched with a number of entertainment applications for streaming video. One of those applications that is now available is Amazon Instant Video. 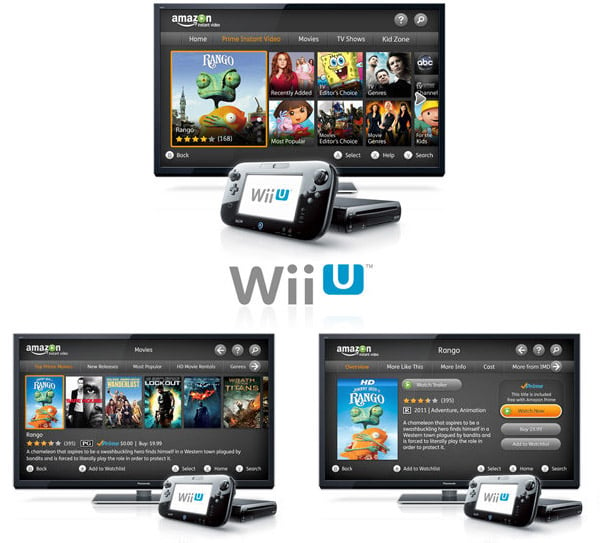 The Nintendo Wii U now has its own app for Amazon Instant Video streaming that allows users access to over 140,000 movies and TV episodes. The content for the video service can be rented or purchased. Nintendo Wii U owners that have a Amazon Prime account can also stream more than 30,000 free movies and TV shows.

The app offers users smart lists that include recently watched content, genre recommendations, “more like this,” and others. The app also allows users to watch any content they purchased on other devices on the Nintendo Wii U. Other features include parental controls and a special kid zone that allows parents to manage what children have access to.

While Nintendo’s own TVii service is still set to launch this December, the console already has video streaming apps for Netflix, YouTube and Amazon.