MechBass Grooves on Some Muse

Despite the increasing number of robotic musical acts, I’m still always tickled by the idea of a band that does away with the human element, and puts robots in their rightful place – to entertain their masters. The latest robot musician – a mechanical bass-playing ‘bot. 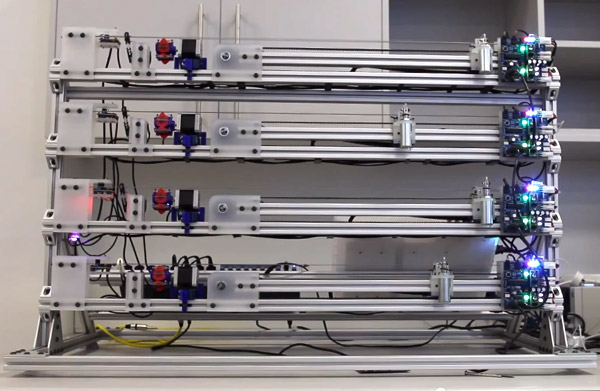 Engineering student James McVay created the MechBass as his honors project at New Zealand’s Victoria University. The robot uses a set of four individual bass strings along with a motorized pick wheel to jam out its tunes. 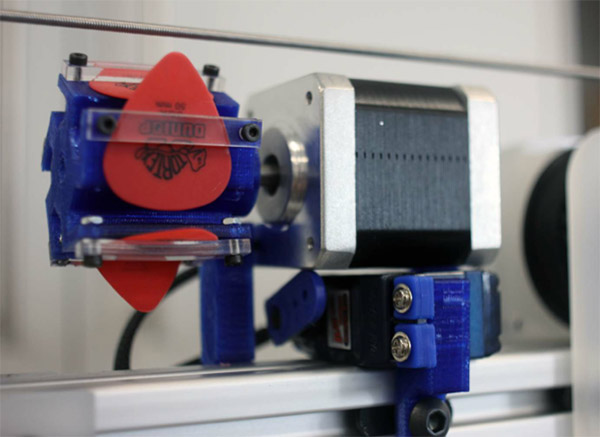 A linear-motion system moves a pitch-shifter that frets the strings by applying pressure to them, and a servo-controlled damper mechanism can stop the strings from vibrating quickly. Optical pickups then capture the sounds, and send them to an audio circuit and amplifier. 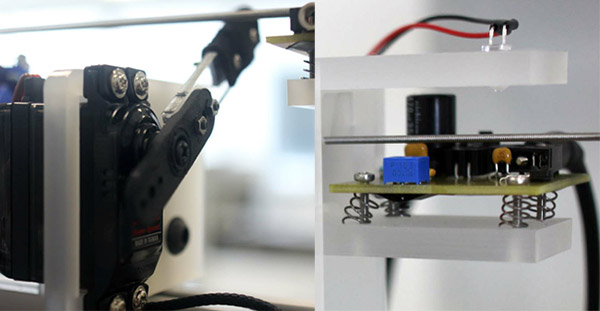 The whole system is controlled using MIDI signals and an audio programming language called ChucK, so it can play pretty much any tune that can be played on a bass. A custom controller board using an ATMega328 processor acts as the bridge between the software and the hardware. 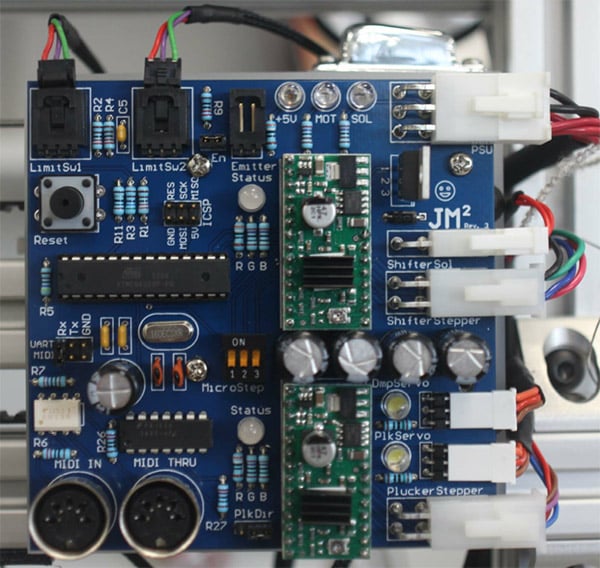 But don’t just take my word for how cool this thing is. Here’s a video clip of MechBass pounding out the intense bassline of Muse’s Hysteria.

Check out complete details on the build here (PDF).