The Xim Edge is an adapter that lets console gamers borrow one of the strengths of the PC master race, letting you connect keyboards, mice, joysticks or other USB-based input peripherals to an Xbox 360 or a PS3. It will grant you more accuracy, more buttons and hopefully more gaming victories. 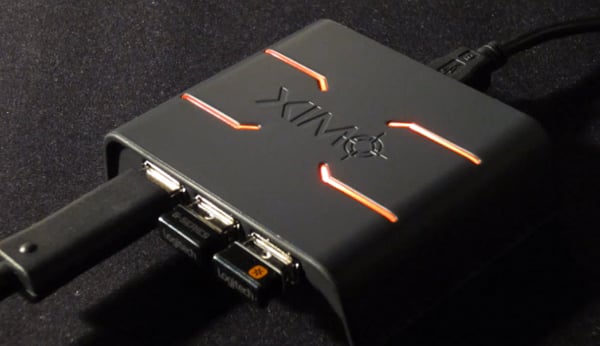 The Xim Edge is the successor to the Xim3, which was compatible only with the Xbox 360. Like its predecessor, the Xim Edge will not work with all games, but it does work with the popular FPS man shooting mcshooty shoots that are bound to be the main reasons for its use.

You can order the Xim Edge directly from Xim Technologies for $90 (USD), but before you do I suggest you check out the list of compatible games as well as hardware to see if the adapter is worth your money.