Coin Bank Contextualizes Savings into Goals: From Currency to Reality

There are gifted people among us. They can control the very forces of their desire and have the uncanny ability to save their money. They are called: responsible people. I’m not one of them though. I am just an ordinary man who can’t fathom complicated concepts like “accidents” or “growing old”. I find it easier when I’m saving up for something specific. Which is why I need Tom Arthur’s high tech coin bank. 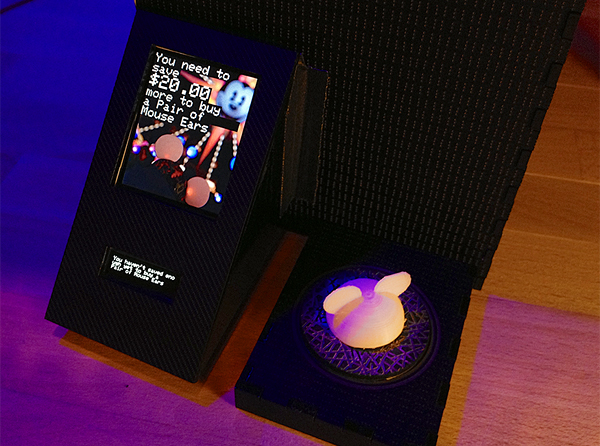 Tom Arthur calls his coin bank “Change You Can Believe In”, but it’s not because his coin bank is running for office. It’s because the coin bank can convert the total value of stored coins in terms of tangible objects or charitable contributions by reading RFID tags. The tags contain the value and name of a certain product or act of charity and are placed on the bottom of 3D-printed trinkets representative of that product or charitable act. For example in the picture above, the coin bank is telling Tom that he hasn’t saved up enough money to buy a pair of mouse ears. The picture below provides another example. 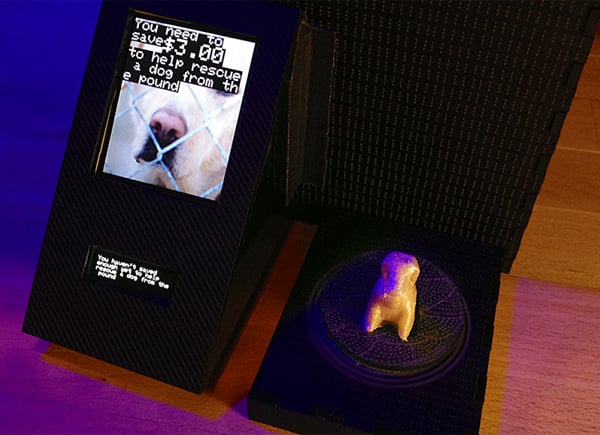 Tom built the coin bank out of a coin sorter, an Arduino Mega, an NFC/RFID reader, an optical detector, a small OLED display and a 2.2″ TFT LCD, all of which he placed in a case made of acrylic. All in all he spent $251.40 (USD) for the materials. That’s one expensive coin bank. That’s not even counting the 3D-printed trinkets.

Check out Tom’s blog for more details on his project. The trinkets are cute and in line with making saving money more concrete, but I think a commercial version of the coin bank would be better off if it could link to Google Shopping or Amazon or some other product database so people can choose from a wider range of “goals” to save up for. Hell, I bet Apple can make millions from an app-contextualized version of the coin bank: “You need to save $9.98 more to buy Baldur’s Gate.”