Small LG TVs to Get Smart TV and Wi-Fi?

I was digging around on the Wi-Fi Alliance website checking out the latest certified devices today when I came across an interesting batch of small displays from LG, all with Wi-Fi support built in. 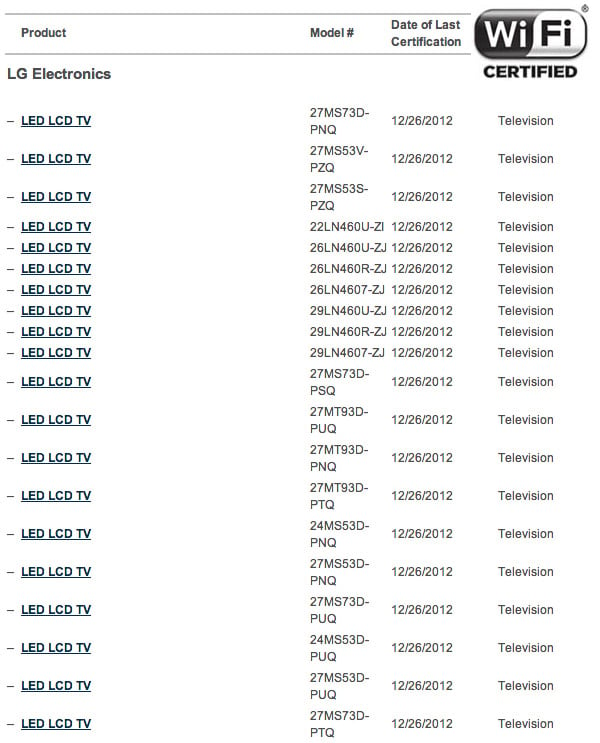 It appears that a wide variety of LG’s small LED-backlit LCD televisions, ranging in size from 22″ to 29″ will offer Wi-Fi in the upcoming model year. While I’m not certain of the use for the wireless connectivity, I’d bet it’s to provide access to LG’s Smart TV or other digital services through these more compact displays. Up until now, LG’s internet-connected displays have been designed for the living room, but this new feature could put streaming video, images and other digital media in your bedroom, den, kitchen or other location where a large display doesn’t make sense. Sure, you could always buy an add-on box like a Roku or Apple TV for those locations, but having the feature built into the set should keep the cost lower for consumers.

The exact details on these sets have yet to be revealed by LG, but I’d bet they’ll turn up at CES 2013 in a couple of weeks.