Darth Vader is still one of the greatest villains in the history of entertainment. But did you know that his helmet was inspired by the helmets of Japanese Samurai warriors? Well you do now. In tribute to the Dark Lord’s Japanese roots, toy maker Avatar666 created this awesome little guy. 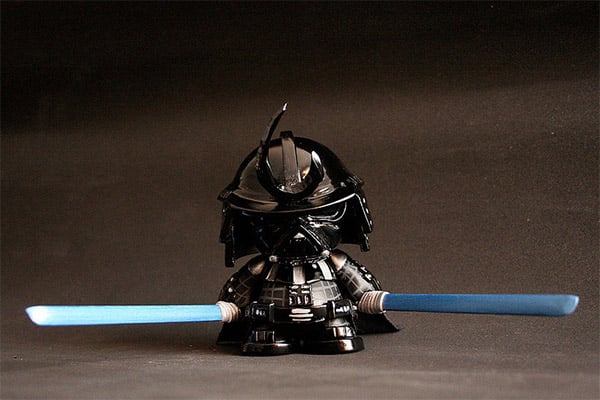 This custom Munny toy perfectly mashes up Vader with his Samurai inspiration, with a shiny little helmet, adorned with warrior details and dual-wielding blue lightsabers. Thought I really want them to be lightkatanas. And red. 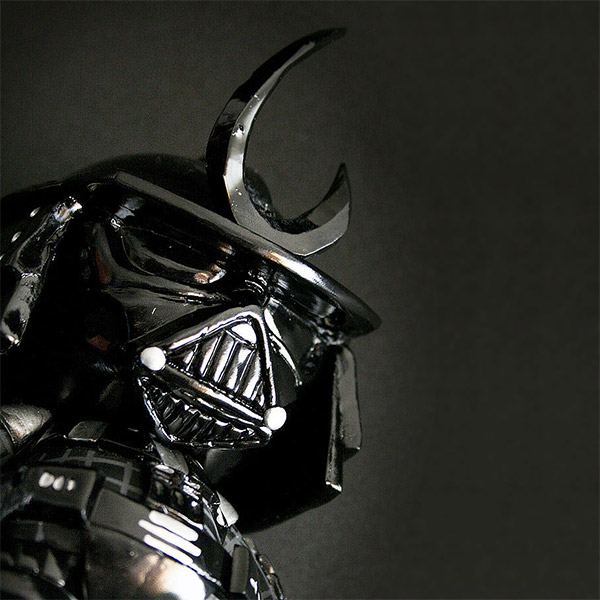 This particular toy has already been sold, but you can email avatar666 if you’d like to custom order one for yourself. 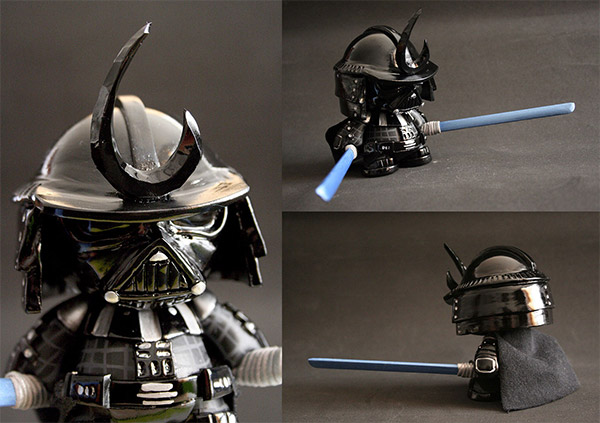 You can check out more pics of Vader and avatar666’s other builds over on Flickr, where you can also find a custom Samurai Stormtrooper. 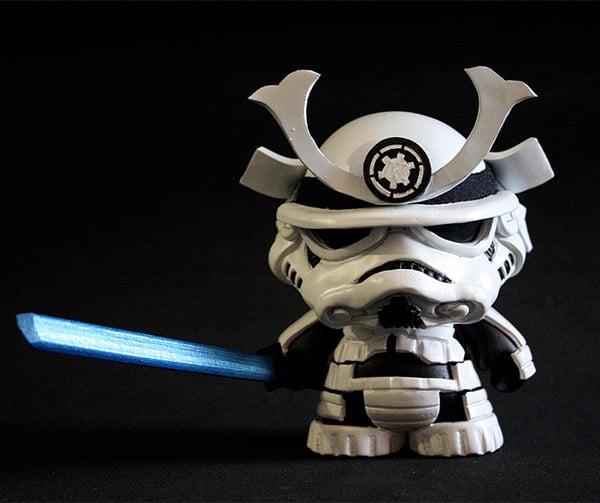