When Steve Jobs passed away, two movie projects were announced not long after his untimely death. One of the films is a big-budget production from Sony with Aaron Sorkin writing the screenplay. The other is a low-budget independent production with Ashton Kutcher playing the visionary founder of Apple, simply entitled jOBS. 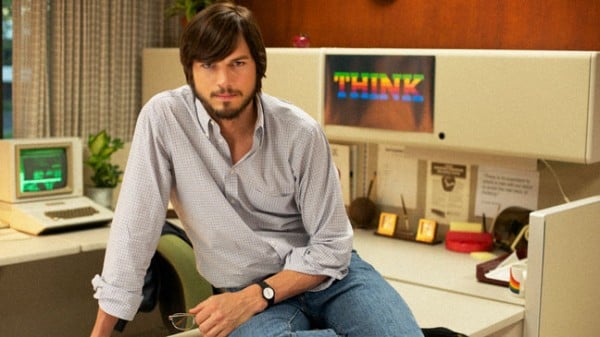 I thought Kutcher was a bad choice the first time I heard about the film, but after seeing him in character, I’ve changed my mind. Kutcher and a young Steve Jobs are eerily similar in looks. We learned not too long ago that the movie would be debuting on the closing night of the Sundance Film Festival this week. We also learned that the official launch date for the movie would coincide with the 37th anniversary of Apple this April 19.

The movie is set in the 1970s, and some scenes were filmed in the actual garage where Apple Computer was founded. The first clip from the movie has now hit the Internet, featuring Kutcher as Jobs in a conversation with uber-geek Steve Wozniak (played by Josh Gad) about the Woz’s new project “Operating System.”

Check out the clip below to help you decide if you want to pay good money to see the film when it hits theaters this spring.