This oil truck is a superhero. When the lid is closed, it looks just like all the other tankers at Ken Foster’s oil delivery company. But it’s hiding a secret identity. Under its lid, it’s actually a not so lean, mean, portable grilling machine. And it can cook a lot of meat at one time. 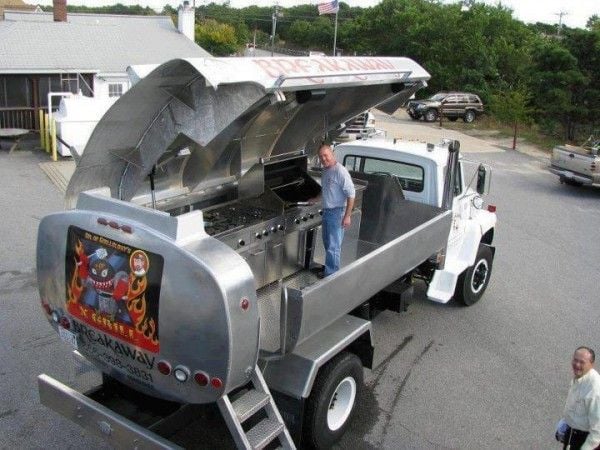 With the push of a button, the whole tanker opens up, revealing a traveling kitchen inside, complete with a four-burner stove, 42-inch grill and stainless steel prep counter. The owner of Hall Oil and grill store Breakaway in South Dennis, Massachusetts started planning the mobile grill about a year ago when he started collaborating with Gary Webb, of Gary’s Truck Equipment in neighboring Harwich. It cost them about $40,000 to outfit the truck with all of the cooking mods. Now, they drive around their so-called “X Grill” and rent it out for private parties and fundraisers.