Gov.UK Product Manager Richard J. Pope hacked an old clock and turned it into an odd sort of barometer. But instead of measuring and displaying the pressure, Richard’s device tells him if it’s better to take the train or ride his bike to work. 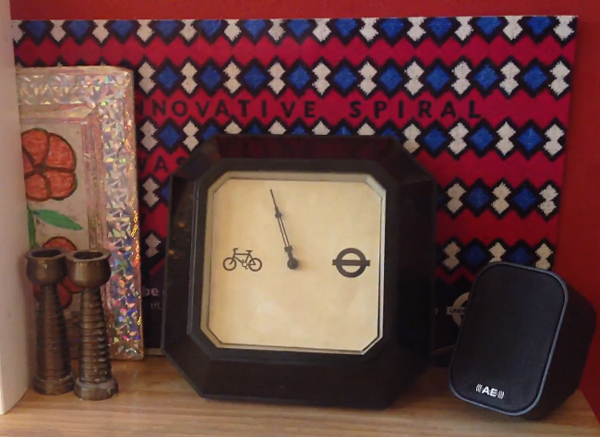 Although it would make Richard’s life a bit more exciting if the Bicycle Barometer dictated his mornings on a whim, Richard chose the safe route and hooked it up to look for three pieces of data. Using a webapp, the device looks at the latest weather forecast, the status of the train line that Richard takes to work and the status of the station where he waits for the train. The device itself is powered by a Nanode microprocessor along with a servo to move the clock hand.

Head to Richard’s blog for more on his hack. I wonder if Richard could fill out the scale with other modes of transportation, like walking, taking a cab, or swimming (if the weather ever gets that bad).

[via PSFK via Freshness]