Microsoft only launched the Surface Pro tablet a few days ago. It didn’t take long for the guys over at iFixit to get their hands on one of the tablets and proceed to take it apart. iFixit does this to show how repairable the tablet is if you should happen to damage it, or want to expand or modify it – and because they’re just as curious as you are about what it looks like inside. 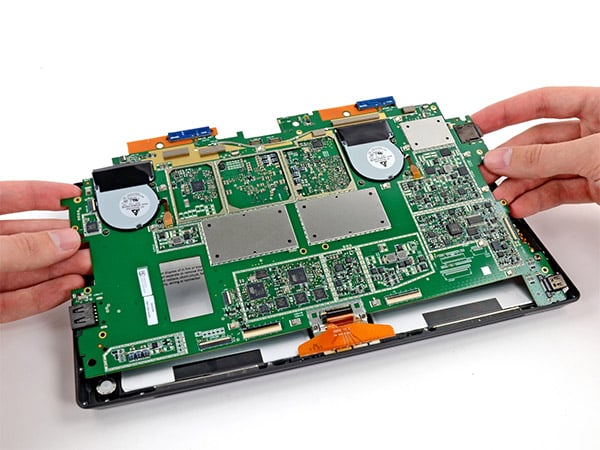 I think we all know it’s just cool to see the parts that are on the inside of some the most desirable gadgets on the market. Unfortunately, cracking the Surface open required the removal of a veritable crapton of screws (90 to be exact) and a heat gun to melt the copious amounts of adhesive used to hold the tablet together. In fact, it took them over an hour to figure out how to get the screen out of the tablet. iFixit said, “We are starting to miss the old Surface, as we find a metric duckload of adhesive holding the screen in place.” The battery is also glued into place, behind the motherboard. 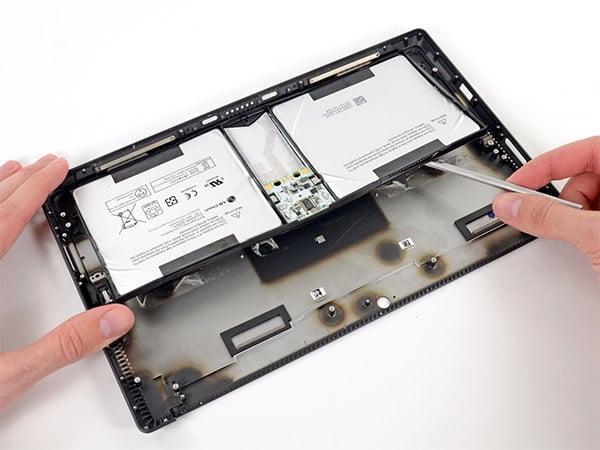 Removing the screen appears to have been the most difficult part of the delicate operation. After the screen was removed, all of the hardware on the inside can be seen, which is surprisingly minimal. Highlights include a Intel Core i5-3317U Processor, the Intel Mobile HM77 Express Chipset, 3x Atmel MXT154E Touchscreen Controllers, 4GB of Micron RAM, a teeny tiny 1.8″ Micron RealSSD unit, and a Wacom W9002 chip for pen-based input. It also features two of the tiniest cooling fans you’ll ever see: 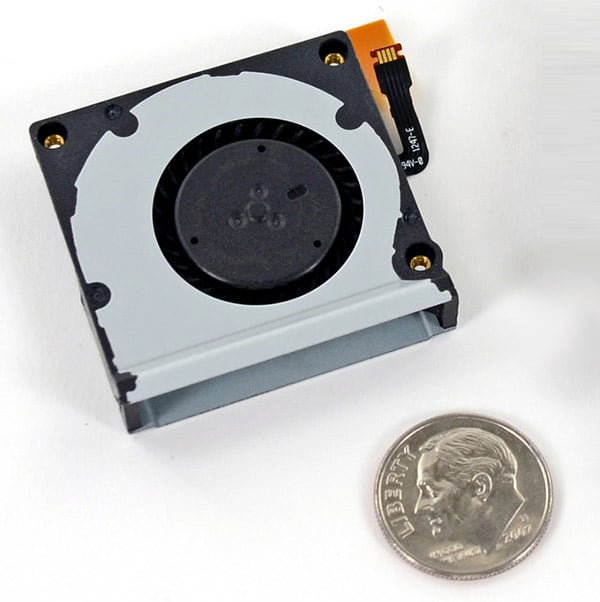 Overall, the Surface Pro tablet scored a miserable repairability rating of just 1 out of 10. That means if you break it, you probably just need to buy a new one. You can check out the detailed teardown over on iFixit. 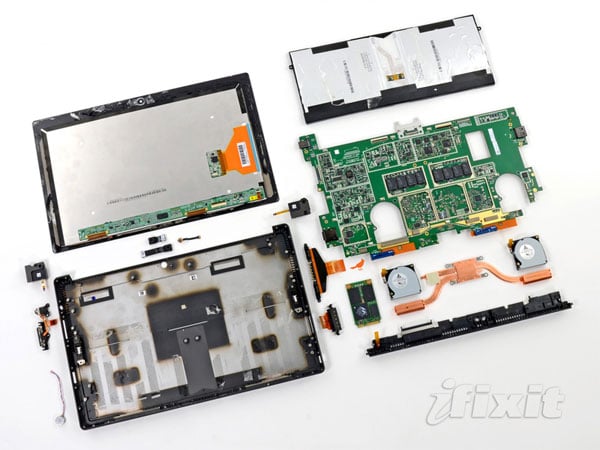