While you may or may not be a fan of electric vehicles and hybrids, you can be assured that more and more of these high-tech vehicles will start to hit the streets in the coming years. Between the crazy price of gasoline and emissions concerns, electric cars are definitely in our future.

In order to help show how the future is actually now, organizers in Chicago put on a recreation of America’s first motor vehicle race, using today’s high-efficiency electric, hybrid and long-range diesel vehicles. I actually had a chance to participate in the rally, which retraced the route of 1895’s Chicago Times-Herald motor race. 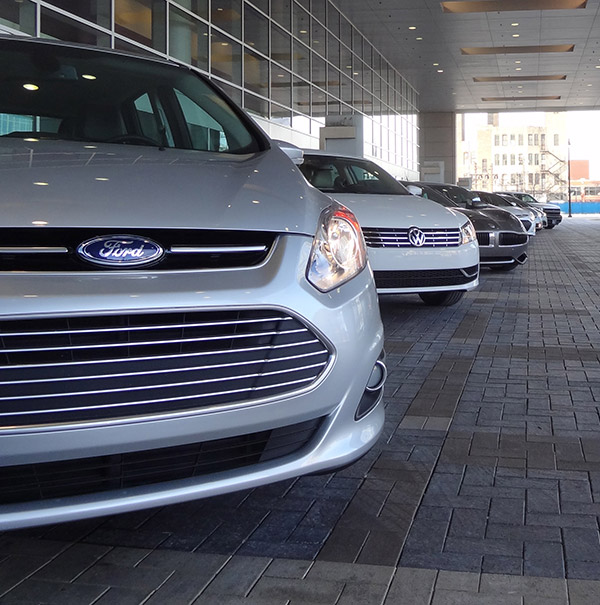 The intent of this rally wasn’t to speed through the streets of Chicago and its closest northern suburb, Evanston, but to show that these modern vehicles are actually ready for prime-time. The 1895 race was orchestrated to show the viability of self-propelled vehicles over horse-drawn ones, while this event was designed to show that EVs and hybrids are more practical for today’s lifestyles than gas-powered cars. Chicago commuters travel an average of 22 miles a day, so the 50 mile route was designed to prove that these vehicles could handle more than twice the typical usage – and in frigid February temperatures.

The rally included all of the following vehicles:

In my capacity as a driver, I had an opportunity to drive in three different cars – the Tesla Model S Performance, the Fisker Karma and the Chevrolet Volt. All three of these vehicles use electricity in varying capacities, and as you’d expect, they all had different pros and cons. While the rally didn’t provide me with enough experience to provide an in-depth review of each car, the opportunity to drive these EVs was extremely eye-opening for me – a guy who normally drives a gas-guzzling 5.0 liter V-8 Mustang. 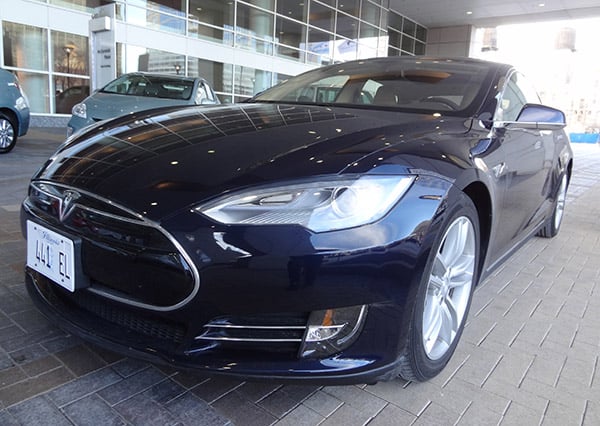 The Tesla Model S Performance was by far my favorite of the bunch, outfitted with all of the bells and whistles a tech geek and gearhead like myself would want. It’s got a huge LCD touchscreen built into the dashboard, offering up internet connectivity, maps, radio and climate controls as well as real-time and historical energy graphs. 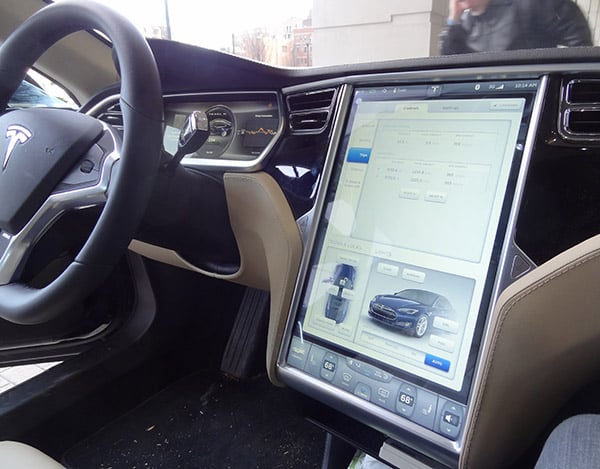 Of the three cars I drove, the Model S Performance sedan is the only pure-electric, which certainly provides its challenges. You’ll absolutely need to get a Level 2 charging connector installed at your house, and will want to make sure that you work and live in proximity to charging stations. You can always juice up from a regular 110V outlet, but it could take many hours to give you even a few miles of charge. On a proper Level 2, 240V outlet, you can juice up the Model S Performance in about 10 hours. So it’s totally practical to recharge it at night while you sleep. 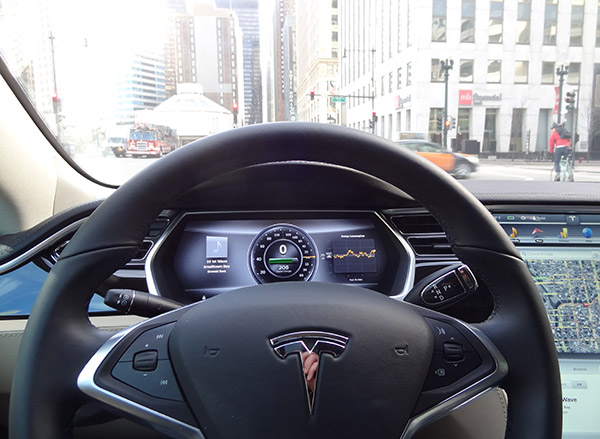 The Model S Performance has a massive 85kwh battery capacity, and depending on driving style, climate and accessory usage, it can give you nearly 300 miles on a fully-charged battery pack. Never mind the fact that it’s a BEAST in terms of torque and speed. This thing can go from 0-to-60 in just 4.4 seconds – all without making so much as a sound. The only odd thing that I experienced was that its regenerative braking was a bit aggressive for my taste (though this is apparently adjustable.) Its interior is also as nice as any luxury car I’ve driven, with ample seating capacity for five, a beautiful large glass roof, and a flattened-out battery pack that means that even rear passengers can sit in comfort. 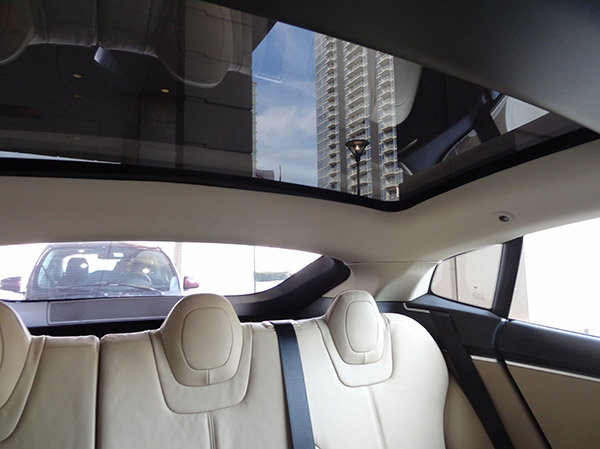 Of course, the Tesla is clearly a luxury vehicle and requires deep pockets to buy one. Prices start at $52,400(USD) for the bottom of the line (with half the battery capacity), and prices approach $100k for a fully-outfitted Model S Performance like the one I drove. Next up, I drove the Fisker Karma EcoSport – which is certainly a head-turner from the outside. 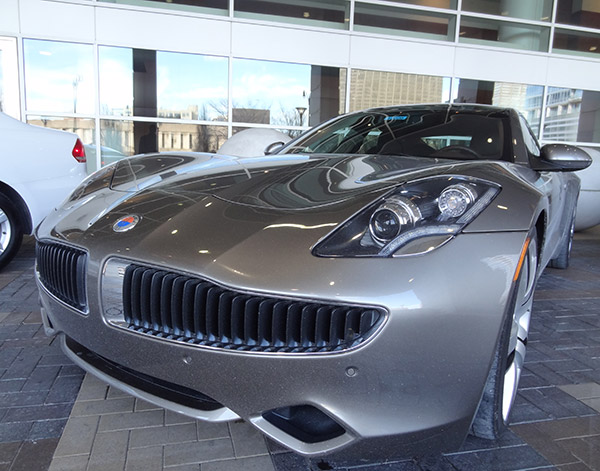 Made in Finland, this luxurious ride uses an “extended-range” electric powertrain, which is powered by a pair of rear-wheel traction motors, and backed-up by a 2.0L turbo 4-cylinder gas engine. This combination lets you drive about 33 miles on all-electric power before the gas engine kicks in. Despite its beautiful looks on the outside, I have to say the Karma was much more style over substance than the Tesla, in my opinion. 0-to-60 times are closer to 6 seconds, and the interior was crowded and a little uncomfortable. 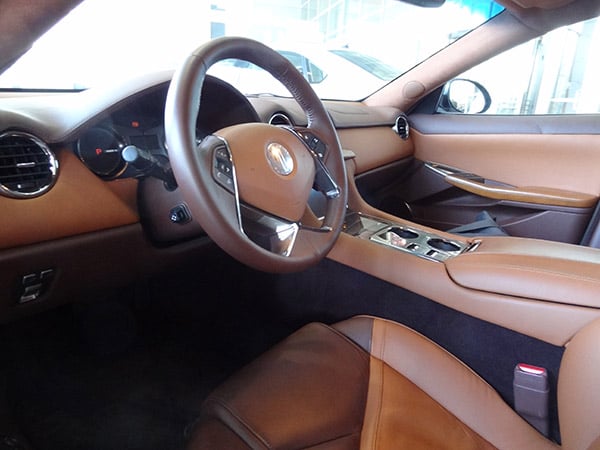 The seats were very low to the ground, and it was difficult for me and my passengers to get in and out of the car. Plus, the T-shaped battery pack means there’s a large arm console fills up the middle of both the front and back seats. I didn’t have any problems with the performance of the electric drive train when it was running, and when the gas engine had kicked in, it added minimal noise to the ride. While it doesn’t have the beautiful glass roof of the Tesla, the Fisker does have a large solar panel on the roof, which can power the accessory systems and extend driving range minimally. 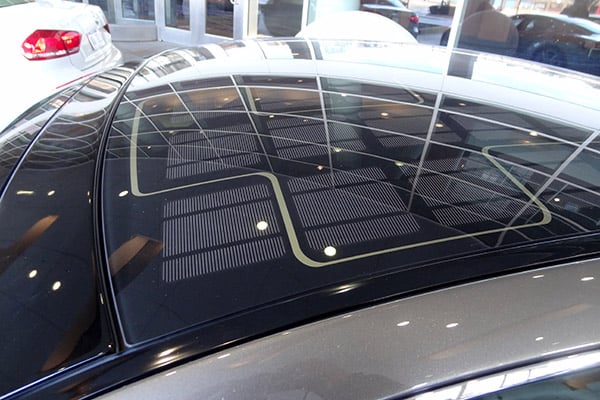 While the Fisker is definitely a looker, I’d have to say I was a bit disappointed in the overall ergonomics, comfort and ride for a car that sells for $103,000+. Plus, Justin Bieber drives a tacky chromed-out Fisker, so deduct 100 points for that. Last – but surprisingly not least -of the vehicles I test drove, was the Chevrolet Volt. 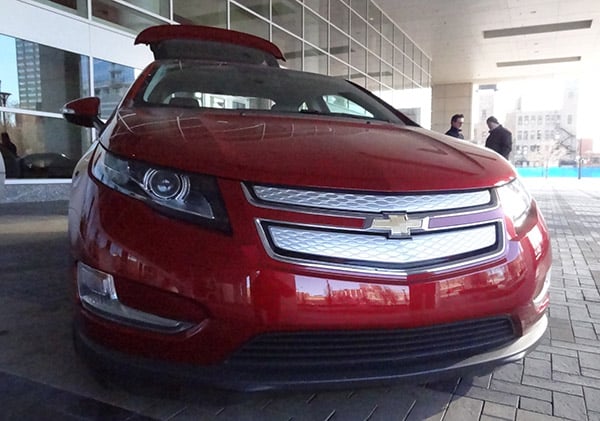 This compact, everyday hatchback uses a similar “extended-range” electric powertrain to the Karma, but is priced much more reasonably – if $39,000 to $45,000 is reasonable for you. Of all three cars I drove, the Volt actually had the most natural driving feel for someone coming from a conventional car. I felt connected to the road in this car, and it offered a comfortable cabin with smartly-designed controls and good ergonomics.

This front-wheel drive car is always driven by its electric motors, even when the engine kicks in. Think of it like a plug-in electric with a gas generator on wheels. This smart combination can give you an extended driving range of up to 380 miles, between its 9 gallon gas tank and an overnight charge of its plug-in EV batteries. 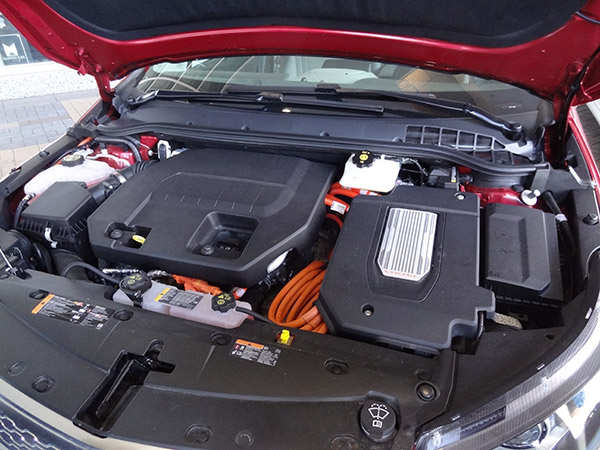 While the Volt is ideal for short urban hauls, its gas-powered secondary engine gives you the comfort that you can take it on the occasional long road trip as well. In pure-electric mode you’ll get somewhere around 35 to 38 miles before the gas engine kicks in, and a combined range of up to 380 miles. But even though we eventually kicked into gas mode at the very end of the rally, we still managed to produce a pretty solid 44.5 mpg – not bad for tons of stop and start traffic in the city.  Now if you’re looking for a high-performance vehicle, the 8.5 second 0-to-60 time of the Volt isn’t exactly thrilling – but the added torque of the electric direct drive system does make it feel quite zippy when taking off from a red light. 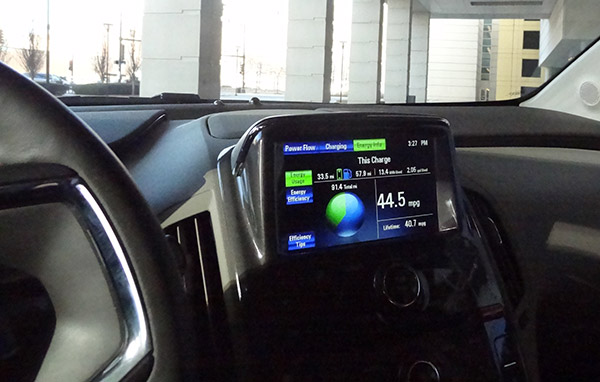 In general, I was very pleased with my driving experiences, and was pleasantly surprised that these cars felt much more ready for prime-time than many of us might think. There are already numerous EVs, hybrids, and even a growing number of high-efficiency diesels coming onto the market, and there will only be more selection in the coming years. While the single biggest limiting factor of these cars is their expensive battery packs, prices will likely come down as market adoption and production volumes increase.

Their batteries will also lose charging capacity, but in most real-world situations, you’re looking at 5 to 8 years down the road for a new car, and many of us only keep our cars for 3 to 5 years anyhow. While the pure electric and luxury appointments of the Tesla Model S Performance made it my personal favorite, its pricetag means that most of us can’t afford to buy one, and the all-electric design does create a little bit of added stress to everyday life – since you have no backup if you do run out of power on a long road trip. On the other hand, the extended-range Fisker Karma and Chevy Volt give you peace of mind in with their gas-based backup engines.

There are are significant government tax breaks if you buy an EV or a hybrid these days, which can drop the total cost of ownership. Current Federal tax credits for a plug-in EV go up to $7500, while hybrids and high-efficiency diesels can save up to $3400 on their tax bill. In addition, individual states offer credits and rebates on eco-friendly vehicles, which could bring your total savings up to $10,000 or more. Keep in mind that you’ll probably also have an added expense of $1000 to $2000 to install a proper 240V Level 2 outlet in your garage – which I think is a must for reasonable EV charging times – though you may be able to find tax incentives for that as well.

While many of you may be waiting for EV technology to evolve and prices to come down before jumping in, it’s clear that auto manufacturers have made great strides in just the first few years that these vehicles have been on the market, and the future for EVs looks bright.

I’m still not ready to give up my Mustang though.