Fans of Captain America will immediately recognize the superhero in this photo as he pops his head out of this deliciously geeky cake. Though his projectile-shaped head reminds me a little bit of Bullet Bill from the Mario games. 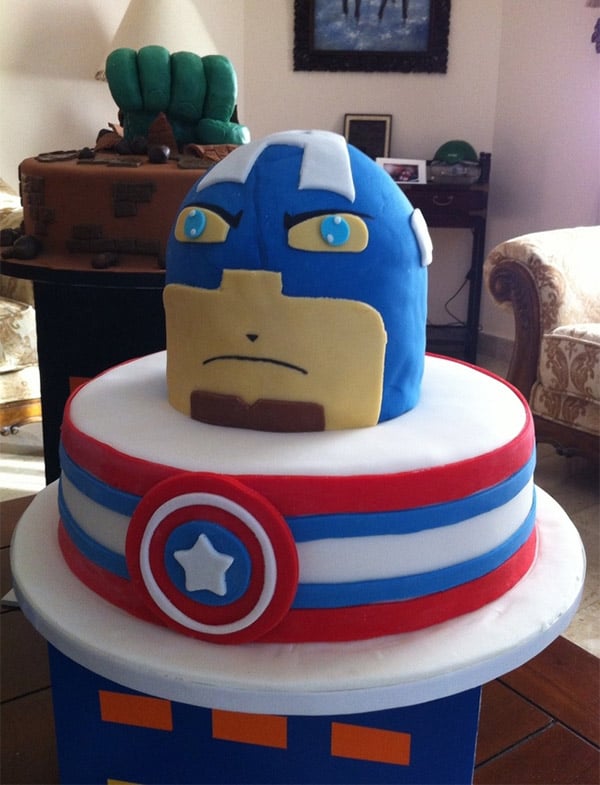 But Captain America isn’t the only baked Avenger in this room. No, sirree. Iron Man, Hulk and Thor are ready to be devoured by the masses as well. These whimsical Avengers cakes were posted (and made?) by CakeCentral contributor Vera76 and were made for one very lucky child’s birthday party. Why didn’t my parents ever make me stuff like this when I was growing up? 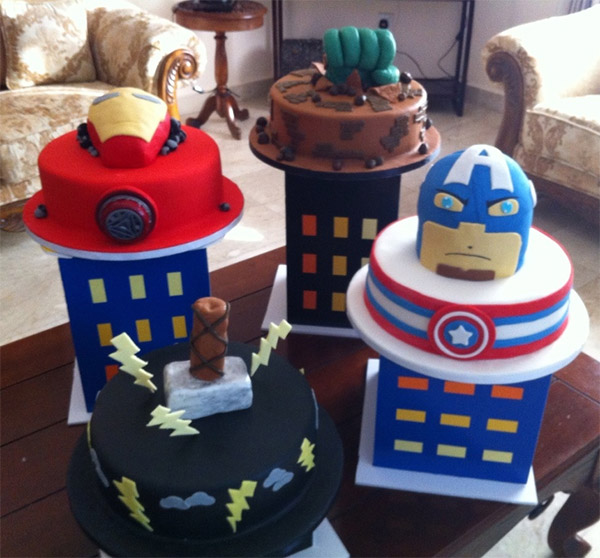 Avengers, Assemble in my stomach now!