I was one of the millions of people who waited for hours in line to get a copy of Diablo III. I’m also one of the many people who are severely disappointed with how the game turned out. There may be hope for gamers wanting to try out the game’s upcoming PS3 and PS4 release though, because it has at least one advantage over the PC and MAC versions: offline multiplayer. 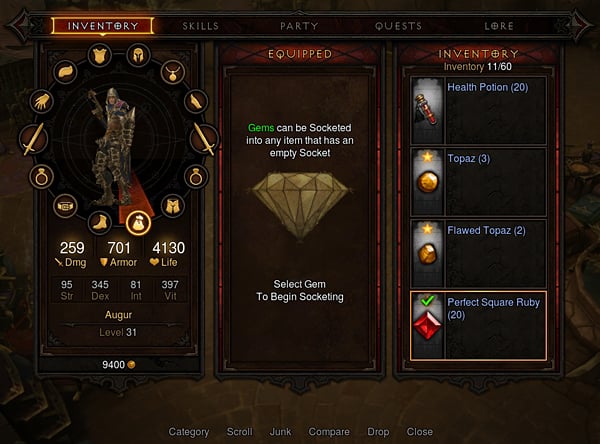 Strangely enough, Blizzard’s blog post and press release announcing the console port don’t make a big deal of this feature, which I’m sure is sorely missed by Diablo II players. The press release simply says, “Players will be able to battle their way through the story in single-player mode and also experience the hack-and-slash joy of destroying demons and collecting loot together with their friends via seamless four-player online and local co-op modes.” Blizzard Production Director John Hight did mention the same feature in an interview with GameTrailers’ Geoff Keighley (skip to 2:35 for the relevant part). Sadly Keighley did not press Blizzard whether or not the single-player mode will have an offline mode as well. I guess we’re going to know more later this March at PAX East, where the PS3 port of the game will be playable.

As someone who doesn’t have a high end – or even average-end – Internet connection, the always online requirement of Diablo III is one of my biggest complaints about the game. I wonder if Blizzard is considering making offline modes available across the board.

But the main reason I stopped playing Diablo III is its Auction House. For me, the appeal of Diablo is the chance of acquiring good loot. As it is, the game’s loop and immersion is broken for me. I hope – for the sake of the people who are going to buy the console versions of the game, I’m not going to be talked into buying this thing twice – that Diablo III on the PS3 and PS4 also gets rid of the Auction House and just hikes up drop rates for loot.