Kibo the Robot is Going to Space

If science fiction films are to be believed, when an astronaut needs company in space, a robot can be a good companion. In keeping with that idea, Kibo the robot will soon join the crew of the International Space Station. The robot will be sent up with Japanese astronaut Koichi Wakata and of course it will be able to speak to him in his own language. 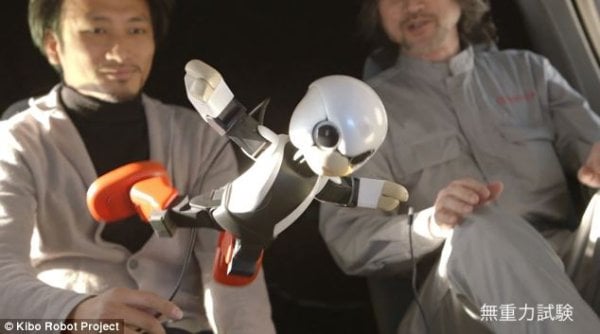 The idea is that Kibo will keep everyone entertained by interacting with them and taking pictures and updating his Twitter account back on Earth. Like any astronaut, Kibo has undergone training. He recently practiced in zero gravity, as you can see in the video clip below.

The robot was designed by Tomotaka Takahashi who created Panasonic’s Mr. EVOLTA mascot. Hopefully he fits in on the space station and they have lots of fun.