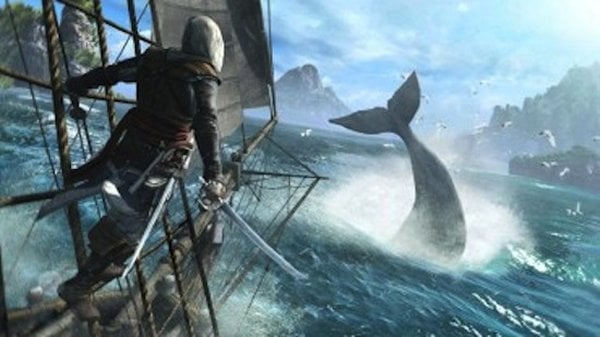 All the group knows for sure is what we know – that in a screenshot for the game, a whale is seen – and whaling is rumored to appear in some form in the game. So apparently video games not only cause violence, they could potentially cause you to go out and kill whales. Apparently, that is what they think…

Whaling – that is, shooting whales with harpoons and leaving them to struggle for an hour or more before they die or are hacked apart while they are still alive – may seem like something out of the history books, but this bloody industry still goes on today in the face of international condemnation, and it’s disgraceful for any game to glorify it. PETA encourages video game companies to create games that celebrate animals – not games that promote hurting and killing them.

I think that any civilized person alive today hates that whaling still goes on in this day and age, but give it a rest PETA. There are real animal crimes that you could be investigating. Everybody needs to stfu and stop blaming video games for things that they wish were different in our world. Thank God I’m usually too busy playing games to pay much attention to these idiots.

[via The Escapist via Geekosystem]