Decorated Nerd T-Shirt: Wear Your Heart on Your, Uhm, Chest

A year ago we saw a set of awesome military-style pins for console gamers. But what if you’re not just a gaming nerd? Many of us also love other geeky things like science fiction shows, tabletop gaming and the like. If you’re a dork of all trades, you’ll love the Decorated Nerd T-shirt. 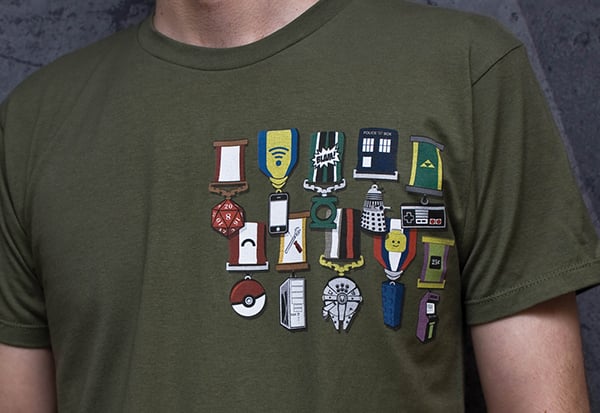 Designed by our pals at Nerd Approved, the shirt’s graphic is filled with references to various technological and recreational endeavors, many of which were bound to have your butt kicked in school just a couple of decades ago. Now practically everyone is a gamer. Come to think of it, if you’re under 20 years old you don’t deserve to wear this shirt. Just kidding. 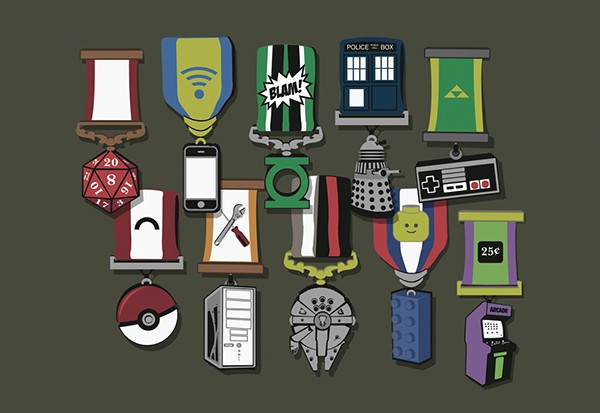 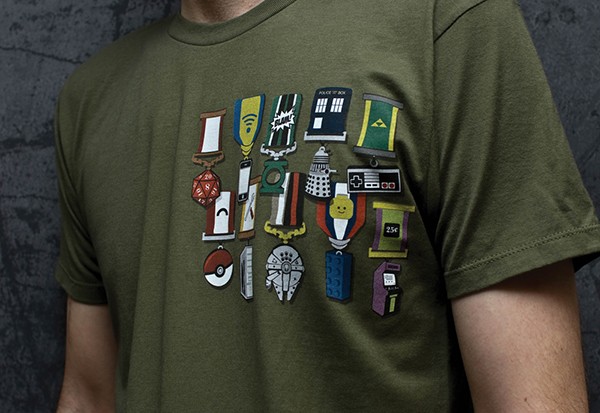 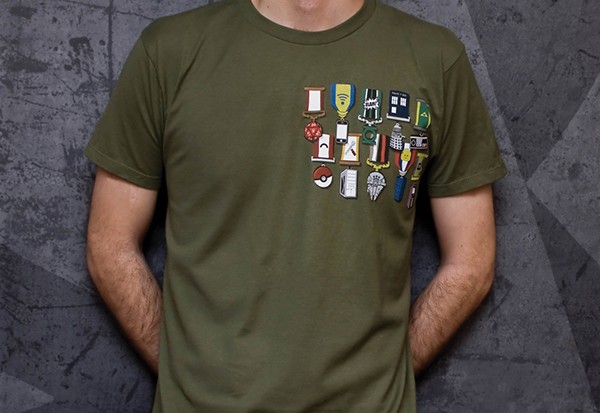 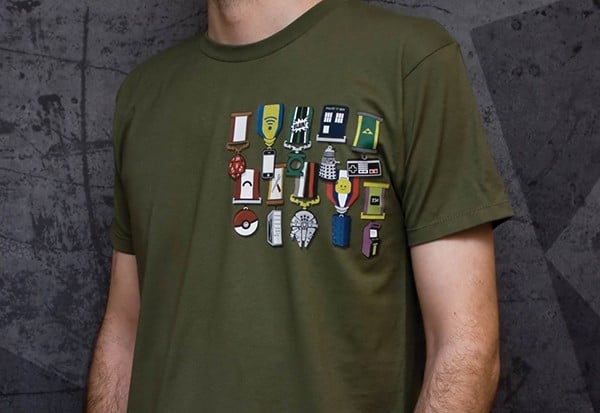 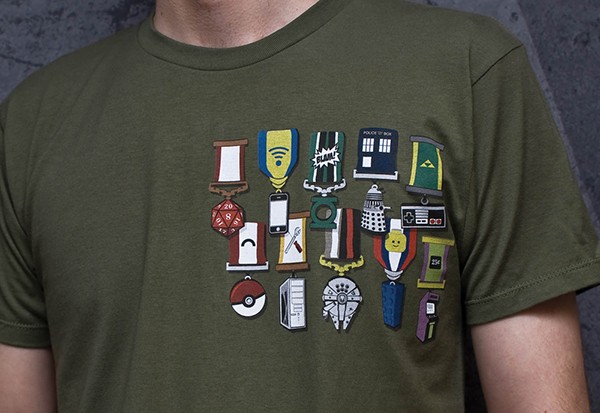 Brave and anonymous young warriors can order the Decorated Nerd t-shirt from SplitReason for $19 (USD). No, it doesn’t come in any colors other than poop green. Stop complaining, Private! Why don’t you earn your stripes by fighting against oppressive DRM, lazy DLC and all the other acronyms that us old folks don’t care for or understand anymore! Use your 3D-printing, Kickstarting, motion-controlling powers and make your elders proud. Don’t use petitions though. That’s just lame. Your enemies react to numbers, not letters, if you know what I mean.