Breathometer Puts a Breathalyzer on Your Smartphone

Police departments all around the world use breathalyzers to test drivers who are suspected of driving under the influence of alcohol. These are those little devices that a driver blows into that is able to detect how much alcohol has been consumed. Now, a startup has arrived on Indiegogo with a gadget called the Breathometer, described as the world’s first smartphone breathalyzer. 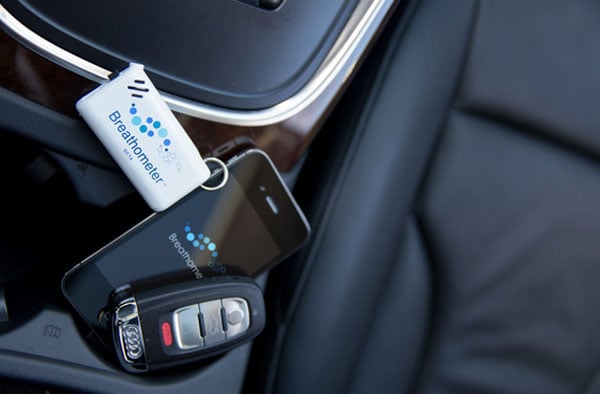 The device is designed to plug into the audio jack on smartphones, and allows drivers to determine when they have had too much to drink and should take a cab. The user blows into the breath analyzer portion and the percentage of alcohol is displayed using a companion smartphone application.

The device is compatible with the iPhone running iOS 5.0 and higher or Android devices running version 2.3 and up. A pledge of $50(USD) will get a Breathometer by November 2013. Pledging more money will allow you to get the device earlier. Early adopters who pay as much as $100 can have the device by July of 2013. The project was seeking $25,000 and raised over $33,000 with 31 days left to go at this point.