Spread the Haterade: Hater App Lets You Share Stuff that You Hate

There’s a long-standing request for ‘Dislike’ buttons to be added on Facebook, but I’m pretty sure that won’t ever happen unless some hackers managed to hack into the social network itself. And it’s understandable. Facebook’s stock already isn’t doing really well at this point, so just imagine the dive it would take if a ‘Dislike’ feature was somehow introduced.

Given this fact, some people have decided to take it upon themselves to allow people to express their hate freely by releasing the Hater app. 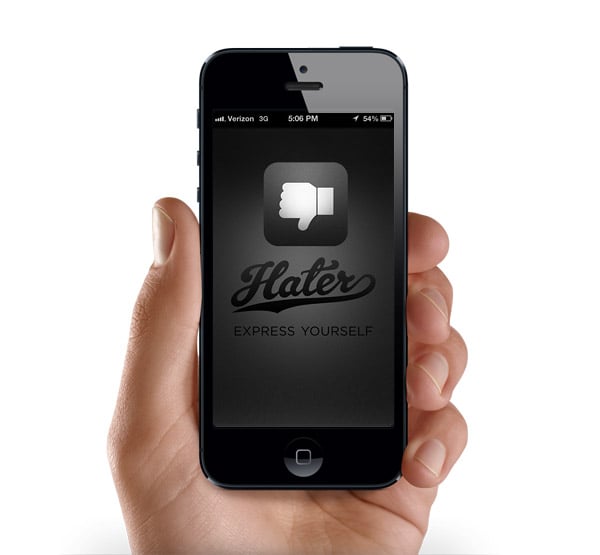 Basically, it’s an app that lets people share the hate. Hopefully, they’ll hate responsibly and only use it to hate things that won’t offend too many people (since it’s a given that at least one person in the world will be offended by whatever it is someone decides to hate) – be it the weather, someone’s shoes, or the long line to the bathroom. 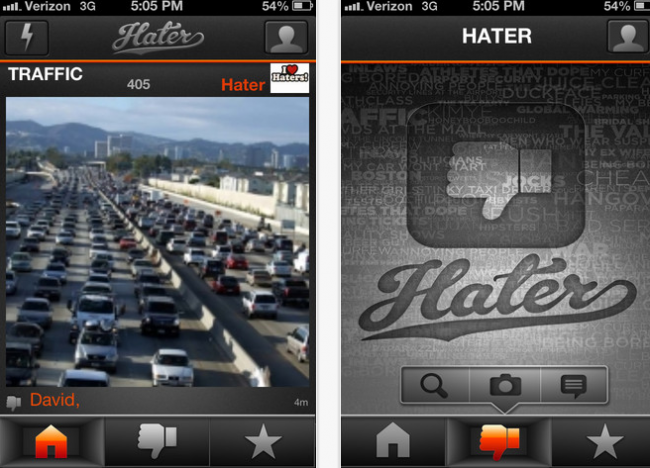 The best (or worst) part? It’s free to hate. The Hater app can be downloaded from the iTunes App Store.