Computer geeks have been using various flavors of 3DMark to benchmark their computers for years. The cool thing about their benchmark suite is that it has visually impressive tests that challenge both the GPU and CPU inside your computer. The scores are then mashed together to give you a total score allowing you to directly compare the performance of your machine to other users regardless of the platform or hardware. 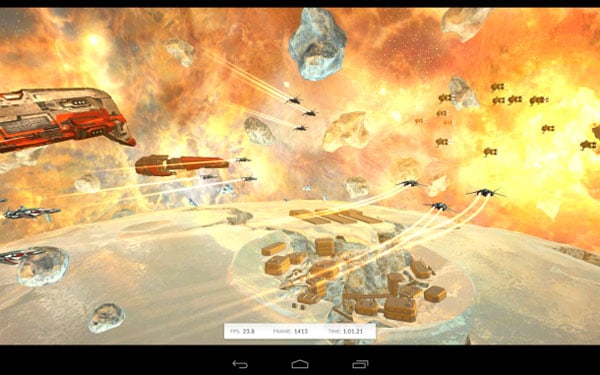 Benchmarking fans can now get their hands on 3DMark for Android. Like the PC version, the Android version of the benchmark suite tests the GPU and CPU. There are two tests for the GPU with the first graphics test focusing on triangle throughput. The second graphics test focuses on pixel processing. The physics test is designed to focus on CPU performance by making it crank through a ton of calculations.

3DMark for Android is available now and requires Android 3.1 or higher, and will be coming to iOS and Windows RT devices in the near future. It would be nice if they made a Mac version someday too.