Pay for a Blast from the Past: Rent a ‘Back to the Future’ DeLorean

Ever wished you could go back to the past or travel through time into the future? I have, and I’m not ashamed to admit it. A lot of people would give the pageant-perfect answer and say no, explaining that they wouldn’t be who they were today had they changed their past experiences.

I agree with that sentiment most of the time, but there’s also the case of committing mistakes consciously, just because you were in the heat of the moment or just weren’t thinking at all, period. Of course, time travel is impossible in this world, but that doesn’t mean that you can’t pay to experience a literal blast from the past. 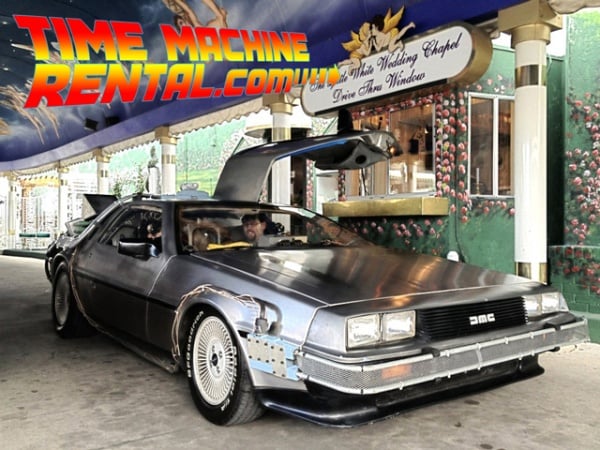 There’s currently a rental service that’s lending off a street-legal DeLorean time machine that looks like it came off the set of Back to the Future. It’s not one of the actuals car they used in the movie, though it’s a pretty good replica of the iconic car-slash-time machine.

The rental service is based in Minneapolis, Minnesota during the warm season and in Las Vegas, Nevada during the cold season. However, they can travel to “practically any location in the continental United States and Canada,” should you have a need for a time-traveling DeLorean.

Hourly rates are discussed on a case-to-case basis, so you might want to get in touch with Time Machine Rental if you’re interested.

[via This is Why I’m Broke via Laughing Squid]