Poutine-Flavored Soda is for People With Iron Stomachs

Have you ever heard of poutine? No? Well, it’s a Canadian dish that’s made with french fries which have been topped with brown gravy and cheese curds. Other variations exist, but that’s basically what the dish is.

Doesn’t sound very appetizing, does it? It probably has a certain appeal, though, since has been around since the late 1950s. Now take that dish and imagine it as a drink… then take a sip of Seattle-based Jones Soda’s Poutine Soda and see if it matches your imagination or expectations. 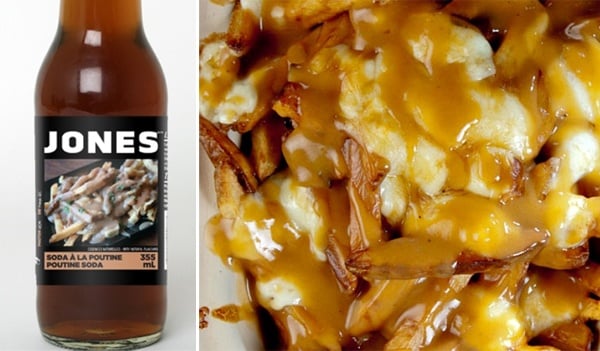 Jones Soda describes the drink as having “a nice balance of rich, savory gravy over a starchy potato base, and accented with those fatty, cheesy notes you expect in a plate of poutine.”

I haven’t tried it myself, but others have, and I’ll leave you to gauge how good or bad it was based on their reactions: