Amazing Star Wars Art Records: The Empire Got its Grooves Back

When I was growing up, I must have listened to my Return of the Jedi album hundreds of times. And if I had dared to paint all over it my dad would have been pissed. Now that I have seen this awesome painted record and am no longer a child, (okay, that is debatable) I might just paint on mine too. 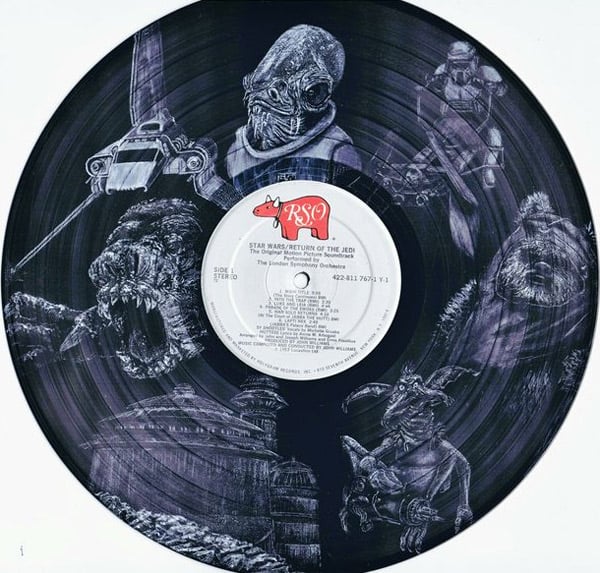 This Return of the Jedi painted montage is just awesome. It features Admiral Ackbar, the Rancor, an Ewok and Salacious Crumb – all painted on vinyl. This is the work of CyclopticSpider with and was done with watercolor paints of all things.  I would think watercolors would be hard to use with all of the grooves, but somehow he pulled it off. He also did Star Wars and Empire Strikes Back versions, in case Ewoks aren’t your thing. 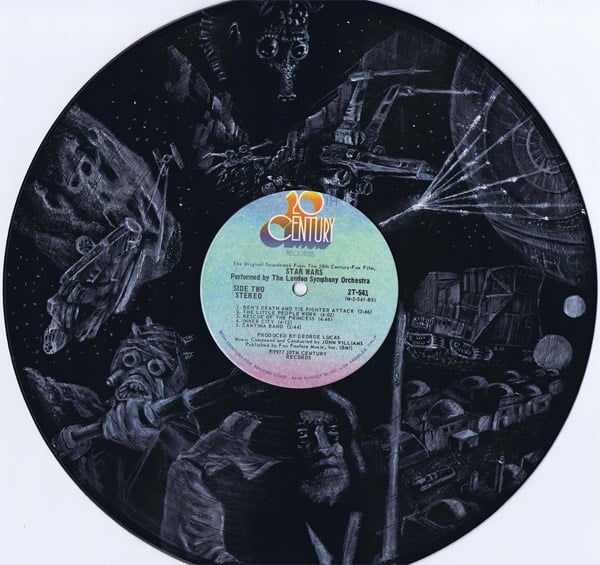 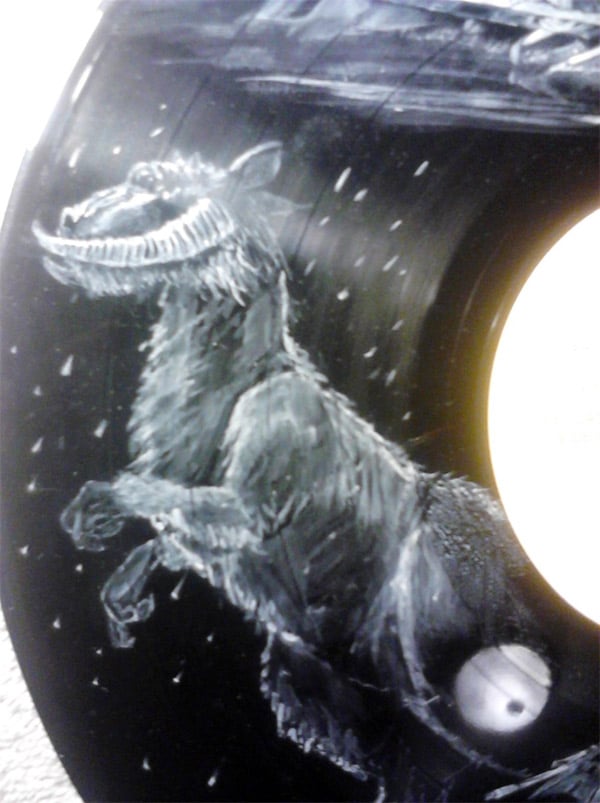 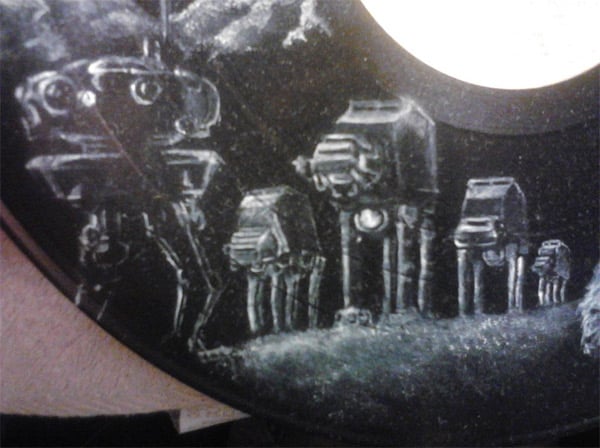 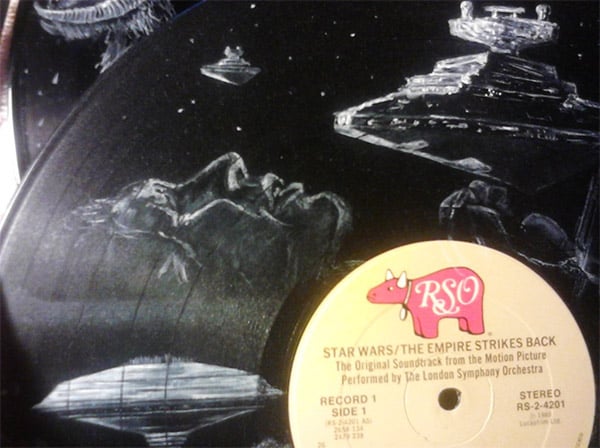