This TARDIS VW Beetle is all timey-whimey and bigger on the… outside. Which is pretty normal. I remember when the 3rd Doctor had a car that he used to drive around in and fight monsters with. The next Doctor should have a Beetle like this. 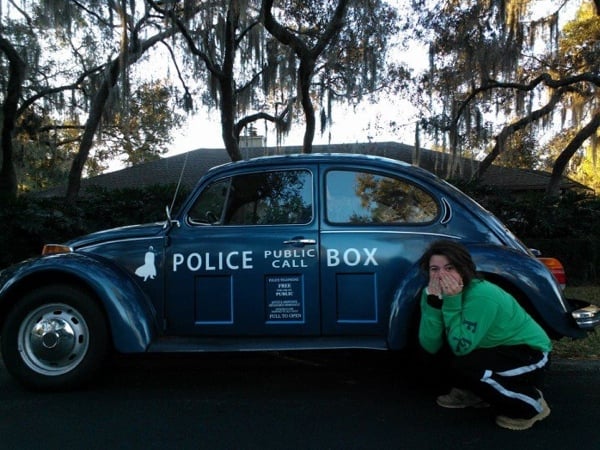 We need more Timelord driving around crashing into things and less Timelord flying around in a box whining about his name. Remember that crack in time? I bet it started on the windshield of this VW. Probably happened when he let Clara drive.