Students to Pilot Robotic Spheres on the International Space Station

Robotic sports were bound to involve balls in space at some point. Students from the U.S. and Europe can now sign up for what is described as “the ultimate robot game” in which they will navigate floating spheres through the International Space Station for the Zero Robotics programming competition. 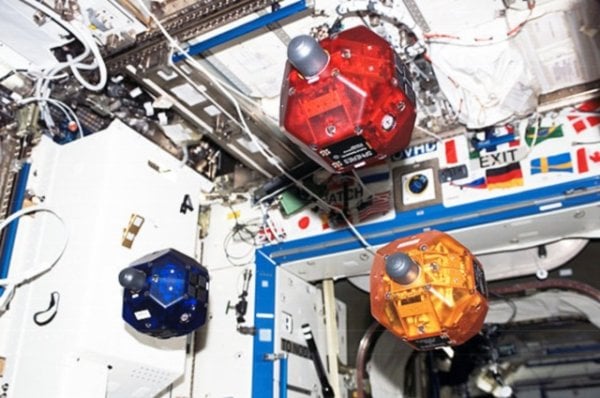 The competition was organized by MIT and the European Space Agency. The idea is to use volleyball-sized SPHERES (Synchronized Position Hold, Engage, and Reorient Experimental Satellites) that are equipped with 12 jets of compressed gas to move them in different directions. The teams from secondary schools program algorithms to maneuver the satellites and to complete game objectives by navigating obstacles and accomplishing certain tasks.

Just float some hoops around and I will slam dunk these robots everywhich way to a win! Not really. It sounds like fun though.

Just try not to hit our astronauts in their heads, guys. And no high speed fly-bys of the crew either. You leave that showboating stuff at home.

The first competitions take place in computer simulations online, but the best of the best teams will have their code put to the test on the SPHERES themselves in the finals next January aboard the International Space Station.

[via io9 via Geekosystem]